Yesterday here in Suite T, Doyne made the great point that when frustrated it helps to determine the actual source of our frustration. Narrowing it down to the real cause helps us to avoid the red herrings and get right to the root of the problem. 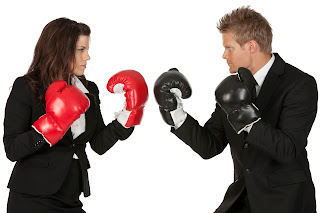 I have less than fond memories of a coworker from years ago who was particularly abrasive. Nobody liked to see this salesperson coming, because when she approached it always meant she had a problem and demanded that you fix it. While she was not a superior, in my position at the time I was one of the main fixers, so I had no choice but to recreate a project, placate one of her difficult clients, or put out some kind of fire. Basically, her appearance at your door meant a terrible, horrible, no good, very bad day ahead.

Since she only came around every couple of weeks or so, it took some months before I decided something had to be done about it, and analyzed the situation. Prior to this I thought the problem was the extra work she created. But in truth, the work – while time-consuming – was not the real issue, since that was my job. What made it so unpleasant was the atmosphere caused by her high-maintenance personality. It made everyone involved uptight and fostered a negative, burdensome attitude toward the task ahead.

The work would still have to be done; no way around that. But my own attitude about it could change, especially if I could minimize the effect this person was able to have on me. And the best way to do that was to diffuse her demanding demeanor.

I managed to do that by responding to her next request not with the congenial resignation I started out with, nor the ‘why are you always a problem’ look it had developed into. Instead, I joked with her, made light of the situation, and handed her an invisible shovel for the early grave she was determined to send me to. Almost immediately her approach lightened, my attitude improved, and our future encounters of funny and friendly sparring actually became something we learned to enjoy. 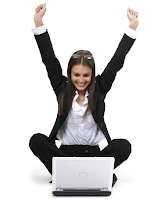 When we become frustrated with our writing – and it happens – it’s good to analyze the real cause and see what can be done to change that part of it. Stuck on a scene? Tell it to take a hike, write the next one, and come back to the trouble spot later with fresh eyes. Worrying about a looming deadline? Laugh in its face and start writing with a vengeance. Disappointed because your social media numbers aren’t close to Stephen King’s? Scoff at statistics and focus on quality followers, not quantity.

W.C. Fields called it taking the bull by the tail and facing the situation. It’s not always easy to look trouble in the eye, but when we see the true face of frustration we’re better equipped to give the problem a kick in the pants.