We all remember Henry Ford. One time Mr. Ford was involved in a libel suit with a large newspaper in a major city. They had called Mr. Ford an ignoramus. Can you imagine a newspaper saying that about the man that made the Model T? Who revolutionized manufacturing? 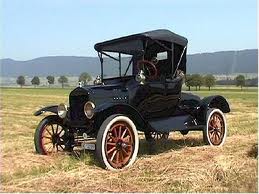 Ford was a much-respected man. Therefore, he told them to prove that he was. So the paper’s lawyers went about asking him scores of questions, not hard ones, simple ones. One such question was, “Who was Benedict Arnold?” Another question was “When was the Revolutionary War?” They went on with more questions, some Mr. Ford could not answer, you see Mr. Ford had very little formal education.
After some time of this questioning Mr. Ford became exasperated with the lawyer and said, “I don’t know the answer to those questions, but I could find a man in five minutes who does.”
He was a man who was interested in miscellaneous information. Mr. Ford knew what every high level executive knows…the ability to get information is more important than storing in the mind facts. How much is a fact man worth?
Fortunately, for us the internet has become our “fact man” and it doesn’t cost a lot. It frees up our minds so our imaginations can go to work creating new worlds and if you accused us of being ignorant, well, we could look up the answer probably in less than five minutes!