For the Love of Shakespeare


In honor of the Master Playwright's Birthday, our Editor-in-Chief, Susan Reichert, is taking a pause from Wisdom Wednesdays to bring you Sylvia Ney's wisdom on the lasting impact of William Shakespeare.
_______________________

Even in the 21st century, Shakespeare proves to be a dominant presence in books, theater, and even movies. His plays are continually reinterpreted by writers and audiences worldwide.
His works have been examined in academia for the psychological (Oedipal complexes like Hamlet), Marxism, and even feminism. Near scientific analysis of Shakespeare dominates in many schools. Literary theory and “concept” productions abound.

However, many teachers and readers still enjoy the musical poetry and raw excitement of his plots. They are still moved by the essence of his words. 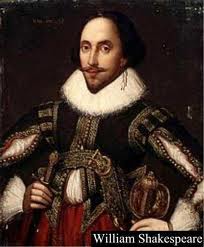 Shakespeare is what every generation makes of him. He is universal because he dealt with the human experience. In the 18th century, Samuel Johnson put it elegantly: “His works may be considered a Map of Life.”

Many today still argue whether this one man wrote all of these works. However, there are at least 50 surviving references linking Shakespeare to his plays, including an outburst by Robert Greene (1592). In First Folio (a collection of Shakespeare’s 36 Comedies, Tragedies and Histories published in 1616) actors such as John Hemminge and Henry Condell as well as playwright Ben Johnson, hail Shakespeare’s accomplishments. In the gossipy world of London theatre, would such a hoax have gone undiscovered?

Whether you agree all works were written by this one man, argue they were by another, or even by a group, you cannot deny the contributions this collection has had on the world. No other poet displays the explosion of vocabulary that Shakespeare introduced. He gave us around 1,500 new English words including advertising, cold-blooded, drug, embrace, grovel, luggage, premeditated, and retirement. We still use many of his phrases today:

As good luck would have it (The Merry Wives of Windsor)
Bated breath (The Merchant of Venice)
Be-all and the end-all (Macbeth)
Neither a borrower nor a lender be (Hamlet)
Brave new world (The Tempest)
Break the ice (The Taming of the Shrew)
Brevity is the soul of wit (Hamlet)
Refuse to budge an inch (Measure for Measure)
Devil incarnate (Titus Andronicus / Henry V)
Parting is such sweet sorrow (Romeo and Juliet)
England’s national poet has become playwright to the world. During his lifetime, he brought the passions and politics of distant lands to the stage of the Globe. As the English language spread, so did devotion to this great author. He is revered around the world. His works have been translated into more than 180 languages. They have been rewritten, modernized, even parodied. They inspire operas, ballets, paintings and movies. No other dramatist had wielded such influence. Is it any wonder the world is still in love with Shakespeare?
__________________________________ 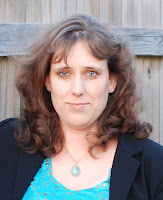 She is a freelance author who has published poetry, short stories, articles and photography. You can view some of her work for free on her blog. You can also connect with Sylvia on Twitter, Facebook, Google+, and LinkedIn.