Writing the Hand You're Dealt 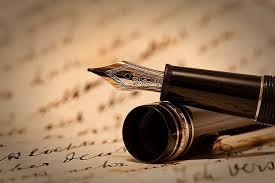 Each of us has certain talents and abilities; that’s life.  Some are good with numbers, others are good with athletics, and some are good with music.  As I’ve gone through life, I’ve always enjoyed writing and putting my thoughts on paper.  However, I never knew how big of an impact writing would have on my life.

I’ve gone through two life-altering car crashes.  The first, I was a victim in; the second, I was responsible for.  After suffering major head trauma as a result of the first crash, I was counseled to do some journaling as a form of therapy.  I began journaling and writing about my emotions and challenges and the words continued to flow onto the computer screen. Miraculously, after extensive therapy, my mental capabilities returned to their normal levels!

After the second crash, the one that I was responsible for, I suffered with severe depression and anxiety after taking three lives due to my carelessness behind the wheel.  Again, journaling was recommended to me, and it was very therapeutic.  I started writing about the experience, and although the season that I was currently in passed, my enjoyment for writing remained.  I began blogging at chandlergerber.blogspot.com and I continued to write about my story in my spare time. I teamed up with AT&T and their “It can wait” campaign against distracted driving.  The “From One Second to the Next” documentary was launched on YouTube and Netflix and has been viewed millions of times.  Once the film went viral, opportunities abounded.  I appeared on the “Today” show, spoke with Katie Couric, and was featured in an international commercial promoting driving safety that can still be found on YouTube.

The icing on the cake was when Suzanne Woods Fisher, the best-selling author out of California, called and asked me to be a part of one of her upcoming books, “The Heart of the Amish”.  That opportunity landed me a position with the Hartline Literary Agency and the opportunity to put an actual book together about my experiences and how God used them to truly bring, “Beauty from Ashes”, as the title of my upcoming book implies.  As I speak around the country to businesses, churches, and schools, my message is clear: Don’t give up.  Life will undoubtedly throw you curve balls from time to time. We each have to learn how to hit them. 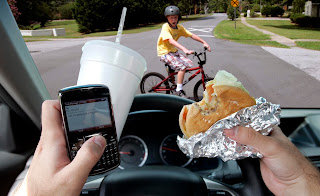 We each deal with things at different times.  After the experiences that I’ve had, I now speak on the dangers of distracted driving, forgiveness, compassion, and perseverance because those are the topics that I have learned about firsthand. I don’t have the college degrees that would be needed to teach on these topics in a formal classroom setting, but as the old saying goes: “A man with an opinion is not at the mercy of a man with an experience.”

Chandler Gerber is a husband to Rachel and a father to a daughter, Shiloh, and a son, Zander. He was born and raised in the area around Bluffton, Indiana where he still currently resides with his family. Chandler and his wife chose from the beginning of the chaotic time in their lives that started in 2009, to stay positive, up-beat, and to ultimately bring ‘Beauty from Ashes’. He has spoken around the country on the topics of driving safety, forgiveness, overcoming obstacles, and a variety of similar themes. Each of us has things in our lives that are unexpected or tragic and Chandler has devoted his life to showing others how to move through the valleys that life has to offer.   He presents the same methods that he personally used to cope with tragedy when he speaks and teaches. His life plans never included speaking or being involved in the public eye, but God has a way of using each of us as He sees fit.  Chandler’s blog can be found at chandlergerber.blogspot.com, his author’s page on Facebook, and his personal Facebook page.  Connect with him and send him your thoughts!