Can a forensic, mystery/thriller author write in the paranormal world without going too fantasy or Sci/Fi? After completing The Bell Trilogy, I had several writing projects to consider. When I came across a bizarre, secret government program, I asked myself that question.

The more I researched, the deeper I moved into the fringe of human understanding. When I was up to my neck in the murky waters between mainstream science and paranormal phenomena, my creative juices were flowing. I was motivated. A story was taking shape. But was this a novel I could write?
My forensic training forever changed the way I looked at the world. The processing of a crime scene required discipline. Precise identification, collection, preservation, and analysis of evidence mattered. Done right, a complex and often illusive story would be told—all insights based on empirical observation or scientific research. In my world, if something was not a provable (reproducible) fact, it was hearsay, circumstantial, and had minimal value.

The definition of paranormal is (claimed) occurrences and phenomena described as beyond normal experience and scientific explanation. It is outside my world. It is something I would reject, unprovable based on scientific method. In fact, paranormal activity and abilities are diametrically opposed to the forensic discipline. How can the two coexist in a heart-pounding mystery/thriller, and who is the audience? 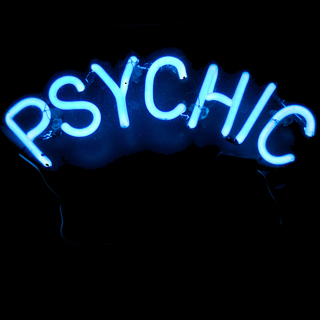 The Star Gate Project was brought to my attention by a friend. I had heard about psychic-weaponry before, but did not know the details or of our government’s involvement. On the surface I was intrigued and began my research. First, I focused on undisputable facts, the essential building blocks of a plausible mystery/thriller. Then I focused on the logic of it all—the participants, events, motives, and outcomes. Although the quantity of facts was less than I liked, there were enough to support a robust storyline. But that was not enough. My ultimate decision to write this forensic/paranormal novel came from the key questions that emerged. I knew the answers would be devoured by my readers.
1.     Why would the United States Government spend millions of dollars over twenty-five years on any secret intelligence project the CIA cancels with no explanation?
2.     Why were declassified documents woefully incomplete and redacted?
3.     Why was a highly publicized government psychic-weaponry research project taken undergrown months after launch and congressional oversight restricted?
4.     Why did the government contracted remote viewers (clairvoyants) disappear?
5.     Do psychic-weapons exist today and how are they used?
__________________________________________________________________

Steve is a mystery/thriller author drawing on life experiences as a forensic investigator and biotechnology entrepreneur. He received a BA from the University of Texas and trained at the Institute of Forensic Sciences where he investigated over 3,000 unexplained deaths for the Medical Examiner’s Office. Later Steve joined FORTUNE 500 medical companies to advance healthcare worldwide. As the founder-president/CEO of Active Implants Corporation, he raised over $25 million and led development of a minimal-invasive meniscus implant. Today Steve puts his readers in a front row seat in the fascinating worlds of fringe science, chilling forensics, and the pursuit of real monsters. Steve is available to speak at companies, organizations, book clubs and groups about modern forensic investigation, fringe science, entrepreneurism, and the writing of mystery/thriller novels. His books include The Bell Trilogy; BLUFF CITY BUTCHER, THE SKIES ROARED and BLOOD LIONS