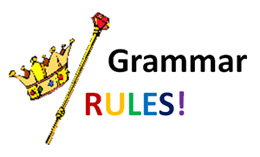 In 2004, Christopher Booker published The Seven Basic Plots. There have been others who’ve put forth other numbers, but let’s just agree; whether it’s six, seven, or twenty, it means that your plot isn’t going to be unique. Grammar rules can’t be bent, not broken, and we all have the same number of words at our disposal.

So what’s the use of slaving away, if someone has already written your story? Ah, but they haven’t.

If you gave the exact same writing prompt to a roomful of writers, you’d end up with a roomful of different stories. Some would be sad, some funny, some snarky, some sweet. Wheaton College says voice is style, diction and tone.

But I think it’s more than that. There’s an indefinable quality you recognize in your favorite authors. I could read a story and recognize Stephen King wrote it, or Pat Conroy. I’m sure you could as well, for your favorite go-to authors.

One of my old friends, upon reading my first book told me, “I felt like you were telling me the story. I heard you in my head.” That is voice.

But how do you find yours?

I have good news. You don’t have to. You already have it. This isn’t like POV, dialogue, characterization, or other craft skills you need to learn as an author. Whenever I hear a new writer struggling for voice, it’s invariably because they’re trying to emulate someone else’s. I mean, after all, you’ve been reading books your entire life and those authors got published, so they must be doing it right, right? Wrong. Those authors have their voice, you have yours, and yours is every bit as legitimate as ________ (insert your favorite author’s name).

Okay, let’s say you buy into that. So what is your voice? How will you know it when you hear it (or see it on the page?)

I have an exercise for you. Go find your best friend, or your husband, or your child. Tell them a story. Make it a good one – you know, the kind that makes their eyes light up and hang on your every word. I promise, when you’re doing that, you’re doing it in your voice.

Now, find a story you’re that excited about telling, relax, get out of your own way, and write. Your voice will shine through.

Laura Drake is a city girl who never grew out of her tomboy ways, or a serious cowboy crush. She writes both Women's Fiction and Romance. She sold her Sweet on a Cowboy series, romances set in the world of professional bull riding, to Grand Central.  The Sweet Spot won the 2014 Romance Writers of America®   RITA® award in the Best First Book category. Her 'biker-chick' novel, Her Road Home, sold to Harlequin's Superomance line (August, 2013) and has expanded to three more stories set in the same small town. The latest, Twice in a Blue Moon , released July 1. In 2014, Laura realized a lifelong dream of becoming a Texan and is currently working on her accent. She gave up the corporate CFO gig to write full time. She's a wife, grandmother, and motorcycle chick in the remaining waking hours. Twitter  Facebook