Pilgrimage with the Purpose Based Novel

I’ve written stories ever since I was able to put words together on a page. Before that, in my youngest days, I imagined the stories.

My father’s recounting of Tennessee’s beginnings in colonial times and of Nashville’s founding provided the basis for some of my stories. They stirred a love of history and a desire to explore why things happened as they did.

Back in the dark ages, the 1960's, to be exact, I reached adulthood and began writing articles and short stories and submitting them to various publications. Some of my efforts were published.

These were purposeful writings for religious publishers. I wrote from my upbringing and my own need to discover insights and answers. My writings still explore in this fashion.

In 1984, Broadman Press published my novel, First Light. It was what is termed a “Christian romance.”

It featured as the main character a divorced woman trying to find her way, not the usual character one met at the time in Christian romances. Even then, I was straddling a fence between two writing worlds.

In my naivete, I thought my writing career was set. Alas, the writing world is more complicated than that. My novel didn’t sell well enough for Broadman to accept my sequel. (I think the majority of the copies sold were those hawked by my mother to her friends.)

A single mother of two cannot ignore life’s realities, so I contented myself with supporting us through other careers: computer programmer, historic preservation planner, and finally, U.S. Foreign Service officer with the State Department.

Then I returned to writing. But that writing remains a sort of hybrid—between writing that is—what? I strive to define it. Religious? Yes, faith is certainly a theme. But the expression of it continues that kind of hybridism present in that first novel.

Living in other cultures had given me a new perspective. Example: worshiping with a small house church that we didn’t publicize, because our worship in that country was against the law. I must add that such house churches were, for practical purposes, tolerated as long as we didn’t attempt to proselytize the local population. I don’t want to make myself into a martyr.

The experience did awaken a sense of the seriousness of my religious commitment when not surrounded by a culture giving at least lip service to my faith.

The effect also of being, within the space of a few airplane hops, jerked between two different worlds also influenced my writing. In one, foreign affairs was a profession and world events were one’s daily bread. In the other, my fellow citizens sometimes seemed unaware of anything except shopping malls or the latest Hollywood celebrity.

After my foreign experiences, a new publisher accepted and published several of my novels.

None of them turned the world upside down with sales. The publisher went out of business.

Of course, the publishing world, including the religious element, has undergone massive changes since that first “Christian” romance of mine: eBooks and all the rest. My own religious pilgrimage has undergone changes, too.

I remain in and grow into, God willing, my child found faith. It’s a more mature faith, now, I believe. My writing reflects this.

Regardless, I continue to write, as writers do. We write because we have to, whether we sell or not.

Scientists experiment. If one experiment doesn’t produce the knowledge they hope for, they refine their experiments and try again. 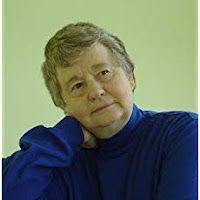 ANN GAYLIA O'BARR was a Foreign Service Officer with the United States Department of State from 1990 to 2004. Assignments included tours in Saudi Arabia, Tunisia, Algeria, Canada, and at the State Department in Washington, D.C. She also has worked as a computer programmer and a historic preservation planner. She currently lives in Washington State. Her novel, SEARCHING FOR HOME was a 2008 finalist in the Pacific Northwest Writers Association literary contest. Her novel WHERE I BELONG was a 2016 finalist in the Selah contest at the Blue Ridge Mountains Christian Writers Conference. Her social media links are www.AnnGayliaOBarr.net and on Twitter @AnnGayliaOBarr

Email ThisBlogThis!Share to TwitterShare to FacebookShare to Pinterest
Labels: ANN GAYLIA O'BARR, Distant Thunder, First Light, Pilgrimage with the Purpose Based Novel, Searching for Home, Where I Belong