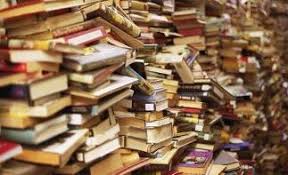 Having moved over a year ago, many of my books were still in boxes. A well-meaning daughter said, “Mom, you know, you might want to get rid of some of your books.” She’s practical, but not a writer.

Then a well-meaning friend said, “You might want to get your books from the library so you can take them back. That way you don’t run out of room.” Again, she’s not a writer.

I consider my books my friends. And it never fails, years after reading a book, I need to pull it from my shelves to take another look at a sentence or thought or well-worded paragraph that has meaning for whatever it is I’m thinking about. Yes, I will be one of those old women who wears purple with piles of books surrounding her death bed, their pages begging to be read just one more time before I draw my last ragged breath.

Today, the boxed books I sought were by Madeleine L’Engle—the children’s writer best known forA Wrinkle in Time. But Madeleine was more than a children’s writer. She wrote adult nonfiction that soothed my soul during many winter months when I cared for an ailing mother—thinking about Mother’s flower beds and what I could plant in them to cheer a woman living on borrowed time. Madeleine also cared for an ailing mother and was also a gardener, why her books helped me navigate many dark nights of the soul.

And by reading Madeleine’s books, I became interested in reading science magazines—something I never cared a whit about previously.   Yes, I was that teen girl who would rather write a 10,000 word paper rather than concoct an experiment for the science fair. But Madeleine made the mysterious seem adventurous. And I branched out with my reading material. I even dreamed once that I invented a rocket, though the details left me as soon as the day dawned.

In her book A Circle of Quiet, The Crosswicks Journal—Book I, Madeleine writes about living in her two-hundred-year-old house: “We are four generations under one roof this summer, from infant Charlotte to almost-ninety Great-grandmother. This is a situation which is getting rarer and rarer in this day and age when families are divided by large distances and small dwellings.” And I am drawn into her world.

She writes about checks bouncing, her manuscripts being rejected—her not feeling like she was pulling her own weight financially because she was spending so much time writing and felt that if she quit writing perhaps she could learn to make better pie crust and her family’s underwear would no longer be pinky streaked from her always managing to throw in something red with the whites. At one point she writes, “So the rejection on the fortieth birthday seemed an unmistakable command: Stop this foolishness and learn to make cherry pie.

“I covered the typewriter in a great gesture of renunciation. Then I walked around and around the room, bawling my head off. I was totally, unutterably miserable.

“I uncovered the typewriter. In my journal I recorded this moment of decision, for that’s what it was. I had to write….”

Sometimes you have to push through doubts and setbacks. If your family’s underwear has “pinky streaks” tell them you’re working on something scientific having to do with the color pink and its calming effects. Remind them a warden once claimed inmates who wore pink underwear remained calmer and you’re conducting an experiment. It make for a better pie crust? Forget that nonsense. 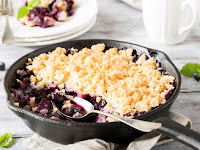 Make cobbler. The recipe where you dump all the ingredients in at once—anything to save more time for writing. Because, if you’re like Madeleine L’engle, you can’t stop writing: “I had no choice in the matter. It was not up to me to say I would stop, because I could not. It didn’t matter how small or inadequate my talent…I still had to go on writing.”

And I’m so glad Madeleine didn’t give up putting pen to paper and was terrible at making pie crusts.