A WAY TO AVOID WRITERS' BLOCK

First, demystify writing, a little.  See it as a way of replying to the mystery, wonder, even beauty that speaks first to us with its own kind of language-- often a visual vocabulary that may be understand for fourteen, eighteen, twenty-four lines or pages.  And of course, not just as poetry.  In a way all art is a reply.  It happens as painting, photography, dance, any and every art form.  Carl Sagan's suggestion that we are the universe's desire to see itself, feels comforting, helps explain why this happens, and it probably happens to everyone to some degree.  Especially the young reply to what grabs their attention and energy.

The old timers called it inspiration, and it does carry magic, whether from the Muse or some quality in ourselves we don't fully understand.  It seems to come from paying attention to the outside that gives us insight into what's inside us as part of some whole here, whatever it is-- universe or massive consciousness or some other completely unexplained.

After childhood, worries began to take hold and not everything had that ability to speak out to me, but enough does that once or twice a week, if I stay in love the world as it is, I must reply to something in it.  It seems like a responsibility to go through that threshold offered by the catalyst of the sight or sound of an unusual phrase or an object in nature, that which gives me pause, anything that stays with me and starts the inner gears turning until I do something about it.  Then writing about it is a sort of good exorcism, I suppose, but I am never really free of it and hopefully, if the magic is there, if I've paid enough attention, that magic will be there when I read it again years later and for the reader who comes across it, too. 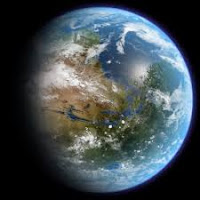 The type and kind of things that may need replying to vary greatly and are not just language-based cues.  Whether it is an over-sized crocus leaning against its fellows like a jolly group of drunks or a dead crow lying in the middle of the road without a mark on it or nearby carrion to answer how it came to die here, it is all the universe asking to be paid attention to.  And observation seems to be key.

Ron Houchin lives on the banks of the Ohio River, across from his hometown, Huntington, West Virginia. For thirty years he taught high school in the Appalachian region of southern Ohio.  With eight books of poetry published here and in Ireland, a collection of short stories, and a novella published also, Ron decided, about a year ago, to write a novel. His ninth book of poems due out in the fall of 2020, from Louisiana State University Press's Southern Messenger Poets Series. His books have received awards, include an Appalachian Book-of-the-Year in Poetry for 2004, an Ohio Arts Council fellowship for teachers of the arts, a tutorial fellowship to the Dublin Summer Writers' Workshop in Ireland, and the Weatherford Prize for Poetry in 2013. www.facebook.com/ronhouchin