How I Write – Part One 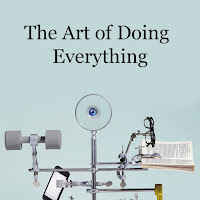 My first book, We Were Soldiers Too; Serving as a Reagan Soldier during the Cold War, was my autobiography covering my eight years in the military. I published it in January 2015. I did everything myself, from designing the book cover to building a website for the book.  I knew the book would likely have a very limited audience so I joined about fifteen Facebook groups for Cold War veterans and military groups who served in Germany.  I also created a private group for veterans in the books to track my progress and create a place to communicate.  It's turned out to be a tight knit group of people who are very interested in helping me sell the books even though it's small.

I offered the book free for five days in each of these groups and ended up giving away one thousand seven hundred copies.  Following the give-away book sales continued to climb and the reviews I got from most veterans were extremely positive.  In fact, many of them emailed me; private messaged me, or posted publicly on how much they enjoyed the book and how grateful they were that someone finally wrote a book about what it was like serving during the Cold War.  Many Cold War veterans feel like their service was for nothing since it they did not serve during combat.  Like me, they struggle with thanks for their service because of this, even feeling guilty about being thanked.

Because of the overwhelming response I was getting, I decided to write a sequel and use the careers of different soldiers, who had different jobs than mine and different service dates, for each chapter.  I posted my interest in all of the groups and asked for volunteers to share their service in this book. Once again, I was overwhelmed with the response and had to many volunteers for just one book.  I decided to turn the book into a series and published books two and three within six months of each other, and am working on four and five together for release at the end of this year, first of next year. 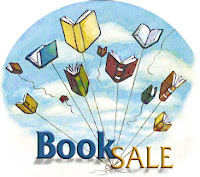 Book two came out on January 26, 2016 and I followed my marketing plan from book one.  I ran the book free for five days and gave away an astounding three thousand five hundred books. I knew I had at least four more books in the series and was already working on book three when I released book two.  I chose to do the free book days to build a following that would benefit me on the release of future books in the series.  An unexpected benefit I got was a huge bump in the sales of book one during the free promotion.

Book three was on Korea and Book four is going to be on the Cold War at Sea.  I joined every Facebook group I could find for these service groups, solicited volunteers, and mentioned the free promotion to continue building my audience. 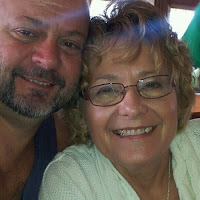 Bob Kern is an award winning author for his We Were Soldiers Too Series. Book 1 was a finalist for Nonfiction Autobiography Book of the Year in 2015 and has been nominated for Best First Published Book of the Year in 2016. Book Two was named a Finalist for Nonfiction eBook of the Year and Finalist for Nonfiction Military History Book of the Year in 2016. Bob was in the US Army for almost 8 years in the 1980's and during those years he was quickly educated about the military life that civilians never see or hear about. He decided to write and publish the story of his military career so that others may have an inside view of what it was like to be in the military at that time. Due to the overwhelming support and response from other Cold War Veterans, his first book has been turned into a Cold War documentary series telling the history of the Cold War from the perspective of the veterans who served during this critical time in history. Bob is the father of five children - Natalie, Bambie, Amber, Bob, and Rob. He resides in Bedford, Indiana with his wife Marsha and his three granddaughters; Sage, Jade, and Harmonie. Bob enjoys connecting with US veterans and sharing his stories with others. Bob’s social media links are: https://www.weweresoldierstoo.com/   https://www.facebook.com/bobkernauthor/
https://twitter.com/WeWereSoldiers2

Email ThisBlogThis!Share to TwitterShare to FacebookShare to Pinterest
Labels: Bob Kern, How I Write – Part One, Southern Writers Magazine's blog Suite T, We Were Soldiers Too