WHAT IF WRITERS WERE REQUIRED TO HAVE A MISSION STATEMENT?

By Diane A. McNeil 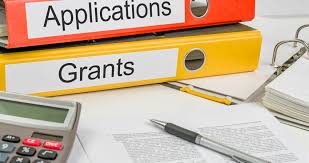 Recently, I signed up for classes on grant writing because of my affiliation with a local foundation.  The only reason I agreed to do so was because if you attended all weekly sessions, you received individualized assistance in preparing your grant.

There was no intent on my part to participate. I selfishly only wanted the freebies that went with attendance.  It was a rather large group, so there was lots of space in which to hide as a wall flower, or so I thought.  I did take notice, though, that the two moderators were older, no-nonsense, whip-wielding women who could teach military generals a thing or two.

One of our first assignments was to read our mission statement out loud, whether or not we felt like it.  After all 40 were read, then began the unexpected, intensely painful chipping away of everything that was not essential to “the” mission, on which we had spent hours perfecting.

The moderators told us to get rid of any “ands” in our statement.  But, but, but, ours was a good “and”; we needed it.  They said, you are either one thing or another, you can’t be both.  A real mission statement needs no and.  We had to decide on which side of that “and” we really belonged.  Then, we were told that a good mission statement should only contain about ten words – ours was 38!  After much grinding of teeth and even tears (really), we slashed ours down to 11 words – we weren’t budging on that last one.

What we discovered was we had moved so far from our original mission, the calling we knew was from God.  We, ourselves, were no longer sure who we were.  We had ceased to be effective. 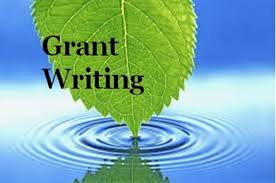 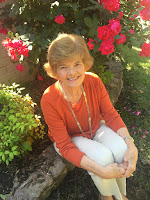 Diane A. McNeil was born and raised in a small, Delta town in Mississippi, the daughter of average, hard-working, common people. McNeil never aspired to write until one Sunday morning in 1995 when the Lord “undeniably” spoke to her about Ruth.  McNeil responded, “I don’t understand, but I am not giving up until I do.” Ten years later McNeil published her first book, Ruth 3,000 Years of Sleeping Prophecy Awakened, a 10-year journey that travelled through Jewish homes, Hebrew classes, Synagogues, Jewish weddings, bar mitzvahs, bat mitzvahs, funerals, circumcision ceremonies and much more, all of which unfurled the prophetic, ancient megilot (scroll) of Ruth. McNeil said, “I had to live it.” In 2007, McNeil published the companion workbook by the same title. In 2011, McNeil published Jewish Game Changers which details her many Jewish “ah-ha” moments. McNeil is currently President of Unknown Child Foundation, Inc., organized to educate about the 1.5 million children who perished in the Holocaust, and created for the purpose of constructing a Holocaust Memorial Park to be located on the old Elvis Presley horse ranch in Horn Lake, MS. Social Media Links:  dianemcneil@hotmail.com www.ruth3000.com
diane@ruth3000.com   https://www.facebook.com/diane.a.mcneil
www.unknownchild.org   https://www.amazon.com/s/ref=nb_sb_noss?url=search-alias%3Dstripbooks&field-keywords=Diane+A.+McNeil

Email ThisBlogThis!Share to TwitterShare to FacebookShare to Pinterest
Labels: 000 Years of Sleeping Prophecy Awakened, Diane A. McNeil, Elvis Presley horse ranch in Horn Lake, Jewish Game Changers, MS, Ruth 3, WHAT IF WRITERS WERE REQUIRED TO HAVE A MISSION STATEMENT?