A New Reality -- From a Memory to a Memoir 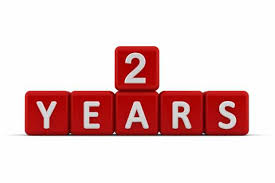 Two years ago, my father called me with an interesting proposition: write his life story, keep all the profits, and share the movie rights.

Now, right off the bat, he acknowledged that his story wasn’t unique: a boy adopted by grandparents who didn’t know his “sister” was really his mother until he was thirteen years old.

However, he felt the circumstances, the time period, and the setting would make the book unique. I thought it was high time somebody documented the events, since everybody involved was either really old or dead, and because I felt his family--my siblings--should know where we came from.

Over the next six months we met a couple of times. I recorded the time we spent discussing the book. He gave me contemporaneous documents in the form of cash books from his father’s store and letters between his birth mother and his father. I researched what I could, got in touch with the town historian when necessary, and made up the rest.

That’s right. A memoir, and I made stuff up.

Because the truth is, nobody knows everything that happened, or what was said, or even who was involved. So many times I asked my dad who was with him, and he couldn’t remember everybody.

The first edits were interesting. I’d send it to him, and he’d send it back, “I don’t think I said this” or “I don’t think it happened like that”. I’d ask, “Do you remember what did happen?” “No.” “Then my version stands.”

He finally came to terms with the fact that creative non-fiction is exactly that: creative.

We used the names of the original people, because this was going to be a family-only version. But he said he wanted the book published in the general market, so we agreed to change the names and a few other details so nobody knew for certain who was being talked about.

My dad held “his” book in his hands three weeks before he passed. He was as pleased as punch to see his name on the cover, to read his stories, his past.

And then he looked at me and said, “We need another book.”

Except this time we didn’t have two years. This time we had three weeks.

I wish I’d asked more questions. I pray he’d be as pleased to hold this new book in his hands. Once again, we published a family-only version first. And The Physics of Love releases October 31st, 2016. 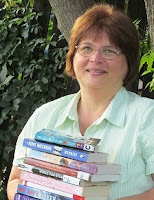 Donna lives in Denver with her husband Patrick, who is her first-line editor and biggest fan. She writes historical suspense under her own name, and contemporary suspense under her alter ego of Leeann Betts, who Donna says is cute and perky and everything she isn’t. She has ghostwritten several projects, but still gets a thrill out of seeing her own name on the cover. Physics of Love, her father’s memoir-turned-novel, releases October 2016. You can follow her and Leeann on Facebook and Twitter, and on their blogs at: www.HiStoryThruTheAges.wordpress.com and www.AllBettsAreOff.wordpress.com . Her websites are www.HiStoryThruTheAges.com and www.LeeannBetts.com . Their books are available at Amazon.com in digital and print, and at Smashwords.com in digital. Donna travels every chance she gets, and looks forward to making things up as she goes along.

Email ThisBlogThis!Share to TwitterShare to FacebookShare to Pinterest
Labels: A New Reality -- From a memory to a memoir, Donna Schlachter, Leeann Betts, Southern Writers Magazine's blog Suite T, The Physics of Love