The Life and Times of a Writer

I owned a graphic design firm for 35 years. I had a staff of seven people, four of whom were artists. I was primarily an artist too, but I also did any writing that was needed. All I ever wrote was advertising copy, which would not have passed my college English 101 class.

When I retired in 2010, I decided I would be a cartoonist, then a friend asked me to write a column to go along with one of my cartoons for his magazine. That is when I found out I had a talent for humorous writing.

After one of my more serious articles was featured in Chicken Soup for the Soul a couple of years ago, I was interviewed on local television and radio. I was asked if there was anything I had not done so far that I would like to do. I told her that every writer probably wants to write a novel. That is when I decided I would write The Maltese Chicken.

When I announced this to a writers group I belong to, one of the members gave me a book on how to write a serious private eye novel. I had never thought about writing anything that was not humorous, but one night, as I was trying to go sleep, the plot for The Frame popped into my head. The next day I started writing a novel about a cop who had been unjustly accused of wrong doing and lost his job, and his quest to find out who framed him and get even.

I did not have an outline. I just started writing. I never knew what was going to happen on the next page until it did. Three months later I had written well over 86,000 words. Since it was set in the 1940s, I had to do some research on cars, guns and history. I never named the city it took place in, but during one of the many edits and rewrites, my publisher suggested I set it in Memphis, TN. I grew up here, but I was amazed at how much I did not know about Memphis during the 1940s. I was definitely not a dedicated history student in high school or college, but I actually enjoyed the research and what I learned.

The reason I set the novel in the 1940s is because I have always been a big fan of the black and white film noir movies about private eyes and gangsters of that period. I still like to watch them on television. 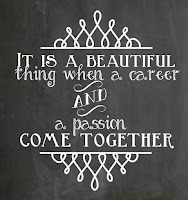 I thought I had written a pretty good novel, but the constructive criticism, editing and advice I received from my publisher, my editor and fellow writers has made The Frame a much better novel and, hopefully, made me a better writer. I guess I’ll find this out when The Frame comes out sometime this fall.

After retiring from a career in advertising, Nick Nixon began writing crime fiction novels, inspired by his love for old black-and-white film noir movies of the 1930s, ‘40s and ‘50s. THE FRAME, his first book in a series of Peter English, PI mysteries, will release late October 2016. Nick also writes and illustrates children’s books, as well as recording them. He enjoys spending time with his family, good music, good books and classic cars. Three Fun Facts about Nick Nixon: 1…He has five children and fourteen grandchildren. 2…He writes humor columns and does cartoons for various publications. 3…He draws caricatures. Nick’s social media links are:  Blog nick.blogspot.com Website: nicknixonauthor.com   Twitter nick_nickwits  and on Linkedin  His books include his today release,  THE FRAME, Candy Moon, Candy Moon Choo Choo and Looking Through the Rearview Mirror: Drawing From the past to inspire the future (Anthology) (Volume 1)

Email ThisBlogThis!Share to TwitterShare to FacebookShare to Pinterest
Labels: Candy Moon and Looking Through the Rearview Mirror: Drawing From the past to inspire the future, Candy Moon Choo Choo, Nick Nixon, THE FRAME, The Life and Times of a Writer