The Covenant of the Arc 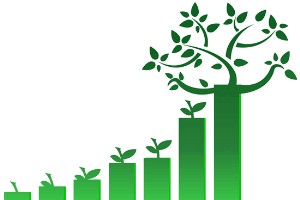 For many writers, the character arc is a vague concept that feels like an imposition.  When we already have an interesting plot that's fun to write, why must we burden ourselves with the laborious task of transforming our protagonist into a new and better person?

First of all, because the reader wants it.  Secondly, it's not as difficult or nebulous as it sounds.

The plot may be the driving force behind the story, but as good as it may be, that only covers the external. It is through the internal struggle of the hero that the reader will invest themselves and feel the real heart of the story.

Perhaps you've noticed how many famous tales feature an orphan.  From Oliver Twist to Harry Potter, it's a popular device.  Before the plot even develops, the protagonist is a sympathetic character lacking the stability of a true home.  An Oliver Twist will experience his emotional arc by looking for love in all the wrong places but ending up finding a family.  A Harry Potter will go from being an neglected child to claiming his rightful place in the world.

Similarly, in many a classic Western as well as modern-day action flick, the hero's family dies early on.  These lost souls who have had life as they know it taken away from them can experience their arc in a variety of ways: revenge, restitution, redemption, etc. A Jason Bourne, who loses both his memory and his identity, can regain his footing by discovering who he really is.

How many romances feature a selfish, stuck-up protagonist who finds the meaning of love and is transformed into happily-ever-after material?  Yes, it's a cliché, but the audience eats it up when the character recognizes that their ego is their own worst enemy.

One of my favorite comedies, Shallow Hal, centers around a man who judges everyone by their looks.  When Tony Robbins hypnotizes Hal and causes him to see people for who they really are, he finds true love with someone he would have totally ignored. Something as simple as a lesson learned is a sturdy arc.

In a lengthy series, only minor protagonist arcs are advised, because the audience wants the hero to stay comfortably familiar from book to book. Even when the womanizing James Bond got married at one point, his wife was out of the picture before the next book. 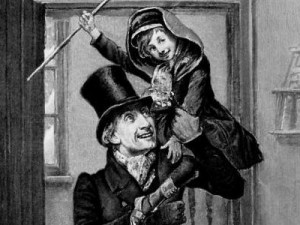 In literature you will see no lack of Scrooges who discover there is more to life than money, and adventurers who leave the safety of their world to go find themselves only to realize that there's no place like home.

And here's a tip: arcs aren't just for the main character.  A story wins extra points for depth when secondary characters get in on the action.  Someone who is an antagonist early on could well become an advocate for the hero when we least expect it.  This can be doubly satisfying because they not only help save the day for the protagonist, but demonstrate a change of heart themselves.

Each of us experience arcs of many kinds on a regular basis.  In the course of a lifetime, we couldn't count them all. Luckily, we only have to build one arc for our hero to give him or her (and the reader) the emotional anchor they're hoping for.