WHAT’S WRONG WITH ME?

Have the rules for the English language changed since I went to school many years ago? Way back then—before English was renamed “Language Arts”—correct English was stressed in school. If you didn’t pass English, you didn’t advance to the next grade. I am not a grammar expert, but some things I do remember from English classes.

Today I often hear and read the incorrect use of subjective pronouns used in the objective case. Is it now correct to say “Sam went to the movie with she and I?” No, but I hear and see that type misuse frequently. Perhaps some people feel that her and me are too informal.

During the last few months I have read four novels by a well-known mystery writer. Throughout the books he wrote, “…with Suzie and I or so-and-so and I.”  I’ve also heard TV reporters or celebrities use the subjective pronoun instead of the objective. I could write an article on subjective and objective pronouns, but I doubt many readers would read the whole thing. Instead, there is a simple way to determine the correct usage. 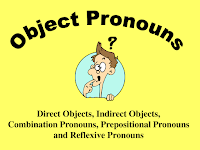 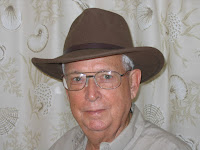 Joseph Richardson, is a native Floridian raised on a farm between Ocala and Silver Springs until age fifteen when the family moved to St. Petersburg. Graduated from St. Petersburg High School and earned a B.S. from the University of Alabama. He retired from NASA, Kennedy Space Center after more than thirty-five years government service including U.S. Army, Internal Revenue Service and NASA. Was Chief, Administration and Logistics for Expendable Launch Vehicles and Shuttle Payloads Operations. Joe is an army veteran of the Korean War. He lives in Titusville, FL with Joan, his wife of sixty-one years, and their three “rescued” cats. FIRE ANGELS received the 2015 Patrick D. Smith Award for Literary Excellence. And previously received a five star review and Honorable Mention in the Writer’s Digest 2014 Self-Published eBook competition.