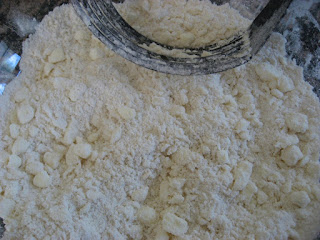 Late in the sweltering August of 1998, I found myself in my kitchen, cutting butter into flour for a piecrust.  When each pass of the oscillating fan, bits of ingredients flew into my ponytail.  On the television perched on top of my fridge, the evening news murmured on.  My thoughts wandered, focused on my task but also drifting this way and that. Recently and suddenly, I had lost my young uncle to lymphoma.  I missed him.  I wondered what it meant that he could disappear so quickly.

Pieces of the news filtered in and out of my consciousness like the flying bits of flour and butter.  When a news hour essayist began to read his piece, my imagination entangled with his ideas.  His essay covered people who have departed, and he made the point that “we don’t like to think of them as dead.  We like to think of them in some paradise, leading a new life.  Somewhere, Judge Crater sits in a nightclub sipping champagne from a floozy’s slipper. Somewhere, Amelia Earhart tends her garden and watches jet planes overhead.”

I stopped.  At the desk in the kitchen, on the notepad next to the telephone, and I wrote down what he said.  That slip of paper, nearly two decades later, still has the stain of butter and some permanently affixed flour.  I couldn’t understand then that I had begun Under the Legend.  While it would not arrive until 2016, it would be about his imagined paradise on earth.

You have scrawled notes like this in your house I know it.  Even if you are already an established writer, you have scraps of ideas that don’t appear to hold the weight of an entire novel.  But you also have, I am certain, a powerful imagination.  That tendril of an idea can become an intractable weed, impossible to eradicate from the garden of your thoughts by no other means than writing that novel.  An idea has chosen you.  Don’t let it down. 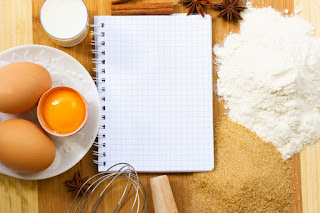 Every writer has a recipe, and here is mine: read your idea, and then ask yourself “but what if...”  Repeat.  At some point early on, a character will begin speaking to you.  Listen to her.  The voice will not be your own, and that is frightening.  Keep listening.  You may not be able to do this immediately, as I was not.  Many years might pass before you can translate the story you’ve been given.  Consider this proofing time, and not procrastination. 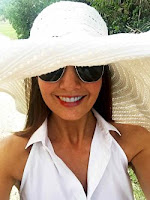 Carolina Carter is the only child of an independent bookstore owner. She spent much of her childhood in the backseat of her mother's yellow Volkswagen bug, traveling the United States on book-buying adventures. Now a professional writer in New York City, Carolina balances her urban life with frequent escapes to the beach towns on route 30A along Florida's panhandle. She still enjoys a long road trip, a dusty bookshop, and the adventure of the perfect read.