When I wrote my first novel, The Disillusioned, I was flying blind. I spent months dreaming of the story, and then weeks mapping out a detailed outline. What I didn’t realize was that I would spend more time reworking my outline than writing. I found that with each chapter the outline shifted. However, I was so wrapped up in getting it just right that I failed to understand how great stories evolve in the most unexpected ways. I needed to regain momentum and flow to push forward, but I felt stuck each time I sat down to write.

One night I was in my office staring at my outline. I knew the characters, and I knew the major plot points of the story. In that moment I realized that was enough. I set the outline aside and decided to allow my characters to guide the way. I can’t tell you how that one decision has shaped my writing. I know there are those who outline and stick with it, but I needed to change what wasn’t working.

Since that night there is one word that guides my storytelling – benchmarks. As long as I have the characters well defined, and keep the major plot points of the story in front of me, I can allow those benchmarks to guide me. The beauty is that when I shifted my approach during writing sessions my creativity grew as a storyteller. The characters set the course instead of being forced into a template that left me handcuffed. 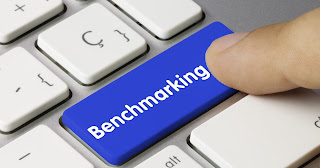 With the release of my latest novel, Waking Lazarus, I look back and see how much more enjoyable the writing process has been. Even though I believe both stories are equally as suspenseful, as a writer I can say that shifting my approach to benchmarks has allowed me to be more productive and has fueled the momentum to chase the next story.

What is preventing you from writing your story?

What isn’t working during your writing sessions?

What can you change to fuel your creativity? 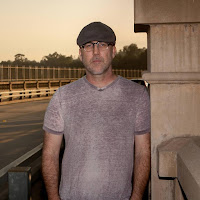 With the DNA of a world traveler, D.J. Williams was born and raised in Hong Kong, has ventured into the jungles of the Amazon, the bush of Africa, and the slums of the Far East. His global travels have engrossed him in a myriad of cultures, and provided him with a unique perspective that has fueled his creativity over the course of a twenty year career in both the entertainment industry and nonprofit sector. In this latest novel, Williams has written an epic global adventure filled with riveting characters and page turning twists and turns. Think Jason Bourne meets Homeland. It is a brilliant follow up to his previous novel, The Disillusioned, that garnered the praise of Hollywood’s elite, including Judith McCreary, Co-EP, Law & Order: SVU, Criminal Minds, and CSI, who said, “The Disillusioned is a fast-paced mystery…you won’t put it down until you’ve unlocked the secrets and lies to find the truth.” With the release of Waking Lazarus, Williams is once again capturing the attention of industry veterans including Peter Anderson (Oscar Winner, Cinematographer), who has already endorsed this latest adventure, “Waking Lazarus is a captivating visual story with a colorful narrative. Once I started reading, it was hard to put down.” Currently based out of Los Angeles, Williams continues to add to his producing and directing credits of more than 300 episodes of broadcast TV syndicated worldwide by developing new projects for television, film and print. My social media links are:
Web: https://djwilliamsbooks.com/
Facebook: https://www.facebook.com/djwilliamsbooks
Twitter: https://twitter.com/djwilliams316
Instagram: https://www.instagram.com/djwilliamsbooks/