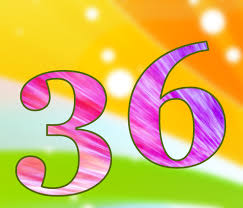 My first book came out 36 years ago. (I was, of course, 3 years old, for you math majors.) Since then, I’ve had nearly 500 books published by practically every major U.S. publisher, and I’ve written in every genre, except science fiction. Yet all of my books have one thing in common—they contain frozen moments.

So, what’s a frozen moment? And how can you exploit yours to take you deeper into your book? Here’s how my narrator explains the concept in Larger-Than-Life Lara:

All of this happened in just a couple of seconds, I guess, but it felt like it was a frozen piece of time. Mrs. Smith told us about “frozen moments.” Sometimes whole countries and even the whole world has stuff happen that people will remember for the rest of their lives. Like Mrs. Smith said she knows people who were alive when President John F. Kennedy got shot and killed dead. And every single one of them can tell you where they were and what they were wearing and who else was in the room with them when that president got shot and killed. Plus also, you can ask Mrs. Smith herself where she was on that day of 9/11…and her eyes will go blank because they’re seeing it happen all over again. That’s what Mrs. Smith says. And I believe her because I can tell you exactly where I was when that school shooting happened. . . .

But the stuff about frozen moments is important because if you land into one, then you got you some good material for your story. Because you can call it up in your head again and have everything you need right there. It doesn’t go away on you, like other memories. It’s frozen. And this can be a good thing or a bad thing.

I guarantee that you have frozen moments—a teacher said, “You’re a good reader.” A kid said, “You can’t play/sit/hang with us.” Scientists have done brain studies highlighting memory. An intense emotion can “brand” the brain so that even when you can’t remember what you had for breakfast, if you had breakfast, or what breakfast is, you’ll remember that frozen moment.

Use those! Something that intense has to be exploited for your story. Only once (in my almost-autobiographical novel, The Secrets of Tree Taylor) have I used such a moment as-is. Yet my best scenes come from “stolen” frozen moments--a slap and a white pick-up in Silence of Murder; 2 boyfriend-breakup-moments in My Boyfriends’ Dogs, the novel and the movie; a scene from Eva Underground that might make you hurl as Eva and I did; countless exhilarating moments with my horses in the five series of horse novels, and on and on.

Dandi won her first writing contest as a 10-year-old tomboy. Her 50 words on “Why I Want to Be Batboy for the Kansas City A’s” won first place, but the team wouldn’t let a girl be batboy. It was her first taste of rejection. Since then, Dandi Daley Mackall has become an award-winning author of about 500 books for all ages, with sales of 4 million copies in 22 countries. She is winner of the Helen Keating Ott Award for Contributions to Children’s Literature and the Distinguished Alum Award from University of Missouri. In 2016, she was inducted to the OCIRA (International Reading Association’s) Hall of Fame. The Silence of Murder is winner of the Edgar Award and ALA-YALSA Best Fiction for Young Adults. Legend of Ohio and Rudy Rides the Rails: A Depression Era Story won Notable Book awards - Notable Social Studies Trade Book for Young People National Council of Social Studies & Children's Book Council; winner of the Angel Award, Winner of the "Award of Excellence" from Chicago Book Show) and A Girl Named Dan (her own “batboy” story, and a lesson on Title IX), 2 Mom’s Choice Awards & Amelia Bloom Award. The novel, Eva Underground, nominated ALA Best Book, starred Kirkus review, awarded a Top Teen Read by New York Public Library, finalist for Ohioana Award, was based on the author’s experiences behind the Iron Curtain. Other books have been awarded Romantic Times’ Top Pick., KY Bluegrass Award List, the William Allan White Award list, KS and KY Children’s Choice lists, and the Delaware Diamond Top 5 list, Gold Medallion Award. My Boyfriends’ Dogs (now a Hallmark movie, “most watched” 2014), gained her national attention. Her Knopf/Random House novel, The Secrets of Tree Taylor. Dandi is a national speaker, keynoting at conferences and Young Author events, and has made dozens of appearances on TV, including ABC, NBC, and CBS. New Releases: October 2016--Larger-than-Life Lara, Fall 2016—One Small Donkey, March 2017 –With Love, Wherever You Are,Tyndale House, A novel based on the true story of Dandi’s parents, Army Dr. and Army nurse in WW2, and over 600 of their wartime lettersAlso in 2017: Rockaway Blues, Skyhorse, a rollicking, rhyming rock-‘n’-roll picture book. Visit Dandi at www.dandibooks.com, and on Facebook, Twitter, Goodreads, etc.

Email ThisBlogThis!Share to TwitterShare to FacebookShare to Pinterest
Labels: Dandi Daley Mackall, FROZEN MOMENTS, Larger-Than-Life Lara, My Boyfriends’ Dogs, One Small Donkey, Rockaway Blues, The Silence of Murder, Wherever You Are, With Love