The Literary Art of Borrowing 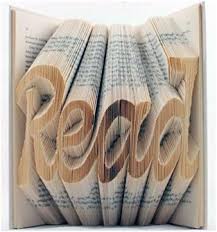 One of the most enjoyable things about writing fiction is the ability it gives the author to make passing references to other famous pieces of literature just for the sheer joy of wondering how many of their readers will catch the allusion.

When I first began working on my Merlin Chronicles fantasy trilogy I was faced with the problem creating the persona of the delightfully evil Morgana leFay. Mulling her over in my mind, I envisioned her as a young, beautiful, seductive version of the Wicked Witch of the West from the Wizard of Oz. As I built on this idea, Morgana took on her own life and personality but I have always loved Margaret Hamilton’s Wicked Witch so much that I found it impossible not to slide in a number of references to the character here and there in the text. Nothing too blatant, mind you I didn’t want to beat my readers over the head with it. But if my readers are quick, and know their Wizard of Oz, they will see at least half dozen references – along with a few stolen lines - all of them connecting Morgana to the Wicked Witch.

Similarly, I have always loved the movie ‘Maltese Falcon’ staring Humphrey Bogart, Peter Lorie, Mary Astor and Sidney Greenstreet. For those of you unfamiliar with it, the 1941 ‘Maltese Falcon’ is the movie for which the term Films Noir was coined, it sports one of the finest ensemble casts ever assembled, and I long ago decided to slide a few references into one of my works of fiction. Go to the scene in ‘Revelations: book one of The Merlin Chronicles’ where Jason is at the museum opening in Liverpool, England and see if you can spot Humphrey Bogart and Sidney Greenstreet in their roles as Sam Spade and Casper Guttmann.

I have no idea how many other vague references there are to movies, lines from movies, movie characters and other campy pop icons in the book. I certainly don’t condone one author ‘stealing’ from another, for that is the road to plagiarism. But there is absolutely nothing wrong with referencing the work of others, particularly if it is going to help make the text seem familiar to the reader and make them feel comfortable and at home in the new and unfamiliar world the writer is creating for them.