When I worked on two different historical manuscripts, I did the research. In fact, I enjoyed it. But when I switched to contemporary novels, I didn't have to do as much, right? I mean, hey, I live in the present. I know we don't use dial phones or write hand-written letters anymore. So why do I need to worry about research?

Well, I can tell you why. Oy, can I tell you. The first time, after writing the fifty thousand plus words in my WIP, I neatly wrote myself into a corner. Can you say, "Yikes!"? It was the story that became my debut novel, and I wrote that the warm springs had cooled. But when I got to the part where my main character had to find a fix and began to look for one, I discovered my set-up was highly unlikely. Not impossible, but rather improbable. Fortunately, I managed—after groveling and whining—to find a geo-geek who introduced me to a geologist who helped me.

But think of the time—not to mention headaches—I could have saved had I researched it first. But did I learn from that mistake? No, it took another near disaster. You know the kind: the ones that make readers send you letters, telling you you're an idiot. 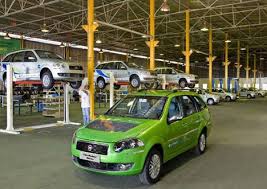 And so I confess there was another. It was in my sophomore novel and involved a new car. I chose one I figured a mid-twenties dude would buy. Now, I had done some research on it, but not enough. Because I had him purchasing a brand spanking new car … a model that had been discontinued several years ago. All I can say is thank goodness for knowledgeable beta readers.

But I sure learned my lesson. There's more to this gig than writing a story. To make it real, we still need to do the research … prior to writing. Even for contemporary novels. 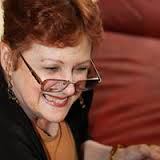 While a large, floppy straw hat is her favorite, bestselling novelist Ane Mulligan has worn many: hairdresser, legislative affairs director (that's a fancy name for a lobbyist), drama director, playwright, humor columnist, and novelist. Her lifetime experience provides a plethora of fodder for her Southern-fried fiction. She firmly believes coffee and chocolate are two of the four major food groups. President of the award-winning literary site, Novel Rocket, Ane resides in Suwanee, GA, with her artist husband, her chef son, and a dog of Biblical proportion. You can find Ane on her Southern-fried Fiction website, Google+, Facebook, Goodreads, Twitter, and Pinterest.