How to Show Not Tell 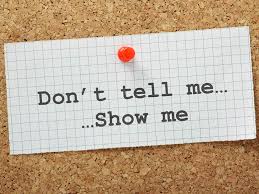 Most fiction writers struggle a bit with “showing” instead of “telling” their reader what’s happening with their characters. While this subject has been written to death, I want to talk about a useful took I found to help me figure out how to “show” not “tell.”

Its title is The Emotion Thesaurus—A Writer’s Guide to Character Expressions. (No, I have no financial interest in this book whatsoever.)

Here’s a snippet from the book’s introduction: “All successful novels, no matter what genre, have one thing in common: emotion. It lies at the core of every character’s decision, action, and word, all of which drive the story. Without emotion, a character’s personal journey is pointless. Stakes cease to exist. The plot line becomes a dry riverbed of meaningless events that no reader will take time to read … As writers, we must take our innate skills of observation and transfer them to the page. Readers have high expectations. They don’t want to be told how a character feels; they want to experience the emotion for themselves.”

The Emotion Thesaurus provides seventy-five emotions to give us plenty of ways to “show-not-tell” through three different means—physical signals, mental responses, and internal sensations. The book explains in detail these three emotional reactions.

From adoration to agitation, and unease to worry, the seventy-five emotions offer suggestions in the three means mentioned above. 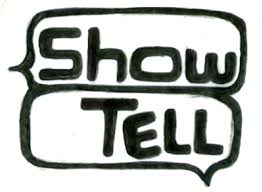 The Emotion Thesaurus, by Angela Ackerman and Becca Puglisi, is also full of other helpful writer tips.

I use this book often, and recommend it to writers. It’ll improve your writing.

Michael Thompson was a successful ad agency owner, winning numerous national and international awards. After selling his firm in 2011, Michael turned his attention to full-time writing. His latest novel is The Rector, available on Amazon in print, on Audio Book, and Kindle. Combine a suspenseful murder mystery with theology and that’s The Rector. “High stars for a Christian mystery that reads like a thriller.”~~ H.S. Dale, author. Two graphic novels on the life of David from the Old Testament–DAVID–The Illustrated Novel came first. (Volume 2-won first place BEST GRAPHIC NOVEL and BEST INTERIOR DESIGN, 2012, from USA Book’s INTERNATIONAL BOOK AWARDS. Volume 1 won the Silver IPPY for Graphic Novels in 2011 from the Independent Publisher Book Awards.) Next was a sci-fi thriller (CLOUDS ABOVE) that was serialized in a monthly magazine for a year. (Out in book in 2016.) Michael writes Christian novels that entertain, intrigue, and shine a light on his Jesus. He’s a member of the ACFW, Mystery Writers of America, The International Crime Writers Association, and the Southern Writers Association. Visit his website, www.michaelthompsonauthor.com to learn more.

Email ThisBlogThis!Share to TwitterShare to FacebookShare to Pinterest
Labels: DAVID–The Illustrated Novel, How to Show Not Tell, Michael H. Thompson, The Emotion Thesaurus—A Writer’s Guide to Character Expressions, The Rector