Opening the Door to My Writing

Writers have often heard that they should write what they know. I ran fast and far from that advice for years, not wanting to live in the past. I researched and credibly wrote about places I’d never seen and things I’d never experienced.

Then I discovered that writing what I know is more than telling my life story (which most of you wouldn’t want to read about). After writing hundreds of articles for small publications, I decided to embrace something from my past, knowledge gained growing up in a jewelry store. That eventually earned me a slot as the contributing editor of a jewelry trade journal and a writing award. Score one for write what you know.

My first novel, a middle grade mystery, is set in a fictitious town, but each of the two main characters have pieces of my personality in them. One of them enjoys hiking and wearing jeans, the other likes girly girl clothes, makeup and shopping. One loves chocolate, the other fruit. I’m both of these girls. I discovered that when you include pieces of yourself, the characters easily come alive. The response from readers has been positive as they try to decide which character they’re most like.

My second novel delved deeper into my past. I now live in the South, but I was born and raised in Alaska. As I began plotting the first clean romance in a series, I invented a small town just outside of Nashville. Then within twenty-four hours three people I’m close to told me I should write a book about Alaska.

But the past was the past. I wanted to live in the present and the future. I’m from an admittedly romantic place, but every place seems ordinary when it’s part of your life. After much prayer, I did set the book in Alaska, choosing an actual small town I loved as a child, one outside my home city of Anchorage. Something new happened as I wrote this book. It felt colorful and alive. Like the fun in skipping a rock on a pond, the happiness continued as the story vividly came to life. When you intimately know a location, it takes on a texture that it can’t from a casual acquaintance. And a wonderful side benefit is that I discovered that people love reading books about Alaska.

My past includes places and careers that yours does not. That doesn’t make yours any less interesting, and they may well be more interesting. Whether you’re from a small town or a big city, people enjoy reading about both. The schools you attended, the street you lived on, or currently live on, the jobs you’ve held, each can make a contribution to a solid piece of writing without having it become a memoir. 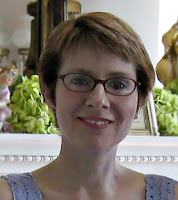 Shannon L. Brown was born and raised in Anchorage, Alaska, and writes books that are fun and touch your heart. You'll see parts of Shannon's life and personality scattered throughout each of them. The clean romance Falling for Alaska is the first book in the Alaska Dream Romance series. The Feather Chase is a mystery for ages 8-12 and the first book in the Crime-Solving Cousins mystery series. Shannon spent years writing articles, but now devotes most of her writing time to novels. She lives in Tennessee, with her professor husband and calico cat. You can find Shannon at Website: www.shannonlbrown.com,  Facebook: https://www.facebook.com/shannonlbrownauthor Goodreads: https://www.goodreads.com/book/show/27249246-falling-for-alaska Pinterest: https://www.pinterest.com/shannonlbrown1/