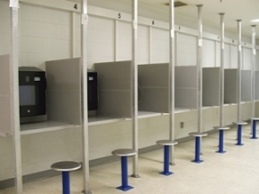 In 1986, a prison guard ushered me into a maximum-security visitation room divided by a pane of glass with desks on each side and telephones bolted to cinderblock walls. I sat down and waited. The barred door on the other side rolled open. A death row defendant, his hands and legs manacled, stepped into the room. He sat down, stared at me with fierce black eyes, and put the telephone receiver to his ear. Twenty-five years later, those sixty seconds of my life were still seared into my mind. However, when I started to write about them, the images that came to me were of a different prisoner and lawyer in a different place and time. The story that took shape evolved into my first published novel, The Closing.

My stories always begin this way, born out of a vision of a brief scene. Sometimes they’re drawn from memory, as in The Closing. Other times, they’re imagined. Old Wounds to the Heart began with an image that came out of the ether of random thought. I saw an old man lying in bed before dawn contemplating suicide when he hears the sounds of an intruder opening a downstairs window.
Henry James described these bits of inspiration as germs or seeds. He said The Spoils of Poynton was inspired by “wind-blown floating particles in the stream of talk,” ten words spoken at a dinner table. Dorothy Bryant, in her book Writing a Novel, noted that inspiration can come from news reports. Dreiser’s American Tragedy came from a high-profile murder trial and Madame Bovary was inspired by a real-life suicide. But it more often comes from everyday, seemingly inconsequential experiences: a dream, the mere glimpse of a person or scene, or a casual conversation. Bryant calls these seeds “weak clicks of the mind,” and she warned that you could miss them if you’re not listening.

In my case, the seed is usually a memory or an imagined scene. When it comes to me, I feel a slight jolt, faintly electrifying. Ideas spring to mind almost immediately; characters soon come to life; and a story starts to flow. I can’t write without one of these inspirations, but even with one, success doesn’t often follow. Like seeds, many of my ideas fall on rocks, dry up, and blow away, or worse yet, they grow into weeds I wish I’d never planted. Only a precious few blossom into a good story.
So I watch and wait, and not too long ago, I felt the faint jolt again. In my mind’s eye, I saw a frenzy of moths slapping against a naked light bulb that hung over the front stoop of a country church. Under its pale glow, a small group of people crowded around a preacher, their voices hoarse and desperate. A story of lost faith and hoped-for redemption is straining to break through and take shape. 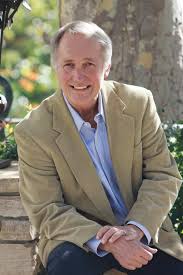 Ken Oder was born in Virginia in the coastal tidewater area near the York and James Rivers, where military installations during World Wars I and II fueled the growth of urban centers like Norfolk, Hampton, and Newport News. His father worked for the Navy Mine Depot in Yorktown and later as a Hudson dealer until he heard his calling and became the minister at Mount Moriah Methodist Church in 1960. The family moved to White Hall, Virginia, a farm town of about fifty people at the foot of the Blue Ridge Mountains. The mountains and the rural culture were a jarring contrast to the busy coastal plains, but once the shock wore off, Ken came to love it there. He found the mountains and hollows spectacularly beautiful and the people thoughtful, friendly, and quietly courageous. White Hall became Ken's home, and his affection and respect for the area and its people have never left him. Ken and his wife moved to Los Angeles in 1975, where he practiced law and served as an executive until he retired. They still live near their children and grandchildren in California, but a piece of Ken's heart never left White Hall. That place and time come out in his stories. Website: www.kenoder.com Goodreads Author page: https://www.goodreads.com/ken_oder Pinterest: https://www.pinterest.com/kenoder/

Email ThisBlogThis!Share to TwitterShare to FacebookShare to Pinterest
Labels: Again, American Tragedy, Ken Oder, Madame Bovary, Old Wounds to the Heart, The Closing, The Spoils of Poynton, writing a novel, Writing is Fun