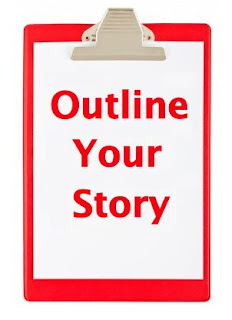 I’ve previously written about my routine for outlining a novel. Like writing itself, the process is ever-evolving.

To review my previous exploits…for my first novel I prepared an extensive outline but quickly learned the plot and characters took on lives of their own. Other than the general flow of the plot, the hours spent outlining proved a waste of time. In fact, I found myself constrained by the outline; the pesky characters just weren’t doing what they were supposed to.

Never one for moderation, other than a few scribblings in my trusty notebook, I charged into the second novel outline-less, allowing the muse to have her way with me. The result: a lot of time correcting inconsistent plot lines. And there were the erratically-behaving characters. My goodness! How can the protagonist be a passive and humble guy in one scene and a rip-roaring Type A personality in the next?

So…two published novels and a half-dozen completed and in-progress manuscripts later, where am I on this whole outlining thing? Following is a brief summary describing my current protocol.

Plot – In the aforementioned trusty notebook, I sketch out the umbrella plot, the book’s overarching structure. Next come the sub-plots that will showcase the characters, create the ‘red herrings’ and bring life to the locales.

Characters – With the plot in mind, I develop detailed character profiles…physical appearance, personality quirks, strengths/weaknesses, education, where they’re from, marital status, etc. Creating the character’s persona makes him/her come alive. I know them. I know what they look like and how they think. Therefore, what they say and do from one scene to the next is consistent with who they are.

Place – I am familiar with many locations about which I write, but for those I’m not, Google Maps and Wikipedia are life-savers. I’m a stickler for plausibility and strive to insure the reader senses my familiarity with a locale…be it North Carolina’s Outer Banks (vacation there; know it well) or Cuba’s Sierra Maestra Mountains (obviously, never been there).

Scenes – Finally, I abandon my messy notebook and utilize an Excel spreadsheet. For each scene I create four columns: 1) the scenes’ sequence, i.e., 1-X; 2) the scene’s locale; 3) the characters in the scene; 4) a brief description of the scene; what I want it to accomplish. Of course, the spreadsheet is an ongoing work-in-progress…scenes are deleted/added; the sequence changes; the scenes’ objectives evolve; characters are added/deleted. Everything needed to manage the project is captured on one or two pages.

A Georgia native, Rodney Page’s business career included a variety of senior management positions and consulting engagements in companies and industries ranging from startups to Fortune 50 firms. A graduate of the Grady College of Journalism at the University of Georgia, in 2005 Rodney authored Leading Your Business to the Next Level…the Six Core Disciplines of Sustained Profitable Growth, a hands-on guide for companies navigating the perils and pitfalls of a high growth environment. An avid student of history and political junky, Rodney combined those interests with his lifelong desire to write a novel. His first, Powers Not Delegated, was published in 2012. Rodney’s second novel, The Xerces Factor,launched in April. He meshes his knowledge of history and current events to pen a relevant and plausible tale of intrigue inside the Beltway. His short story, Granny Mae’s Journey appeared in Crimson Cloak Publishing’s Steps in Time anthology this spring. Rodney lives in Hendersonville, North Carolina. His passions include hiking, photography, history, reading, and, of course, University of Georgia football. Rodney’s social media links are:http://www.rodneypageauthoronline.com   https://www.facebook.com/jrodney.page  https://twitter.com/JRodneyPage

Email ThisBlogThis!Share to TwitterShare to FacebookShare to Pinterest
Labels: Leading Your Business to the Next Level…the Six Core Disciplines of Sustained Profitable Growth, My Ever-Evolving Writing Outline, Powers Not Delegated, Rodney Page, The Xerces Factor