Whether you’re an author, reader, publisher, agent or average Joe, you’ve probably noticed that series are all the rage. Dystopian YA novels are knocking it out of the park at the box office with The Hunger Games and Divergent series. On the small screen shows like HBO hit, Orange is the New Black based on the popular nonfiction book by Piper Kerman, has found a fervent fan base.

What’s the draw to a series as opposed to single titles? For obvious reasons, a series is an attraction to publishers because readers become vested in a character’s life and develop strong attachments. The frenzy that builds, awaiting the next installment of a popular series, guarantees healthy sales. From a writer’s perspective, I’ve found a series allows your characters grow and develop over time, providing a depth to them that you can’t achieve in a single title.

While penning my first novel, Poplar Place, I watched the hit series Twilight skyrocket to the top of the best seller lists and thought, “I need to get in on the series action.” I wracked my brain for ideas only to come up empty. In the end, my Love,California Style trilogy actually grew out of what I originally planned as a stand-alone novel. When I finished Heart of Design, I thought I’d have that knuckle-cracking feeling of relieved completion. Instead, for the first time, it troubled me to let go—not only of my main characters, but the side characters I’d created. After conversations with my agent and a brain storming session that basically ended up with outlines for two more novels, I decided not to let go of my successful LA entrepreneurs, and my first series was born.

With the final installment of the trilogy in my editor’s hot little hands, and a release date August 24, I’ve come to a few conclusions and am here to impart the wisdom of lessons I learned. First, writing a series takes commitment, make sure you are invested enough to meet the obligations of the commitment. Though I enjoyed writing the trilogy, at times, it was difficult for me to stay focused in order to meet the deadline. You see, there are other novels knocking on my creative door and while I wasn’t ready to leave after Heart of Design it will be a relief to close the door on my LA ladies after the release of Art of Affection. The publishing contract with specific deadlines helped keep my creative energy focused on the trilogy.

Second, plan ahead. I’ve determined it’s much easier to write a series if you already know it’s going to be one. Although, unknowingly I’d set up my romantic storylines for books 2 and 3 in Heart of Design, I ran into difficulties with the trilogy. By the time I wrote the third novel, I’d locked myself into certain character traits, looks, and history that I longed to change. An outline of the entire series prior to writing the first novel would have avoided some head banging writer’s block.

Finally, the best advice I can offer a writer interested in setting out on the series road—in order to keep from tearing your hair out on book 3, 8 or 28—create a character chart. The chart I created for my characters listed careers, relationship to others, part in the story, and physical traits (e.g. eye color, height, hair color, etc.). It became my bible and probably saved me hours of searching through previous manuscripts to maintain consistency. I found it most important for side characters that had smaller roles in the first novel but grew to become central characters by the third. In addition, I also recommend creating a timeline for uniformity; I hand wrote a chronological calendar. 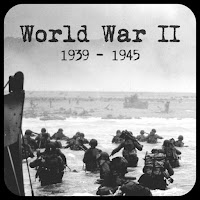 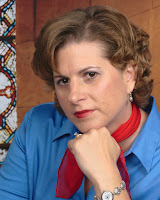 Ellen Butler received her bachelor’s in Political Science and Master’s in Public Administration and Policy from Virginia Tech.  After spending years working for a medical association writing dry but illuminating policy papers, articles and promotional materials, Butler made the leap to novel writing to release her creative side. A mother of two, she currently resides in the Virginia suburbs of Washington, DC. Follow Ellen Butler at: Website: www.ellenbutler.net
Twitter: @EButlerBooks Facebook: https://www.facebook.com/EllenButlerBooks
Goodreads: https://www.goodreads.com/EllenButlerBooks