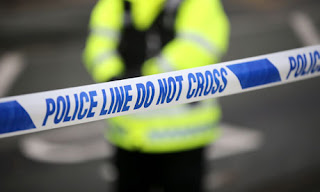 I am a retired detective sergeant having served 30 years in the UK police. Some years ago I decided to try and write a book using the skills I had learnt.

When I started writing some years ago, I undertook some research into the subject and took on board a couple of advisory comments.

1. Don't say in twenty words what you can say in five

2. Don't go off on tangents give your readers credit in their own imagination including when two people are talking, readers don’t need to know who said what by the author, the thread of the conversation should allow the reader to work out who said what; rather than: Jim then said and Sally replied then Jim said etc. Sally bumped into Jim and said ‘how you doing?’ ‘I’m fine where have you been hiding you’re looking great.’ ‘Well thank you kind sir.’ Apart from the introduction you don’t need to be told who said what. (I’m not preaching, I wouldn’t dare, just my own thoughts)

Those two pieces of advice have remained with me. So often I have picked up books and started to read them then put them down due to the lengthy embellishment’s, which left me forgetting what the actual thread was about.

In my police career I compiled numerous lengthy complicated case papers, where the points to prove a case were laid out in chronological order showing which piece of evidence fits into which slot, ensuring that it is also crossed referred to the victim(s) and/or suspect(s). In multiple offender cases there has to be a separation for each, then an overall bringing together showing the actions each took. Sometimes in really complicated cases especially rape and murder cases it can take weeks to get the correct sequence of events into order with the actions everyone took, then each exhibit correlating as it should to each person.

The covering report should read as a story highlighting the points to prove i.e. ‘He took his hunting knife from the drawer sharpened it then hid it in his pocket then went to find her.’ The action of hiding the knife before going out proves intent. And so on, once having read the report the reader should know the pertinent points of the case.

The prosecutor must understand the papers so he can convince the jury through his cross examination of the witnesses etc.

It is with that background that I have written my books, with impact and easily understood threads, but with enough twists to maintain interest and intrigue.

Roger Rapel was born in the late 40’s only a few years after the second world finished with all the hardships of rationing, cold houses windows running with condensation with frost forming on the inside as well as the outside, living in one room for heat. Growing up in the 50’s with little or none of the modern comforts of today’s modern world, my brother and sister were happy well as happy as you could be. I worked in various organizations including PO as a steward on cruise liners (I must write about that) then on the buildings picking bits of skills here and there and became a jack of all trades certainly master of none. Then joined the police stayed for 30 years as a detective Sergeant dealing with all manner of criminal cases including child abuse, rape cases and murder. Then on retirement I was head hunted for a position as senior security advisor for a large UK company stayed with them for 12 years then retired again, now living in sunny Span writing books. My first book is Cindy, Where Are You? and my latest book, Gift or Curse released in June 2015 Contact can be made via the following social media mediums: Http://www.facebook/Roger Rapel  Http://www.facebook/David Parle Http://www.linkedin.com/David Parle  Http://www.twitter.com/David Parle  Http://davidparleblog.wordpress.com