Another Side of Southern Writers, Part Two

In my last blog post I shifted gears slightly to introduce you to books written by some of the staff writers and contributors at Southern Writers Magazine. Their interviews and instructional articles appear in each issue, but many are also authors in their own right, and I'm gratified that so many of you have enjoyed getting to know their works.  Today, I'm proud to brag on the rest of our respectable regulars:

Vicki H. Moss
Like many of our staffers, Vicki has been a vital part of the mag from the very first issue, sharing expertise and writing up awesome author interviews with a strong and witty voice. Her passionate personality permeates her many other projects including blogging, poetry, speaking, and teaching writing classes, and her book How to Write for Kids Magazines While Working on a Debut Novel is a smart guide to making extra cash in a fun market.

You'll want to keep an eye out for her soon-to-be-released Writing with Voice. It's already getting rave advance reviews from no less than bestsellers Lee Smith and Emily Sue Harvey. I'm jealous because I haven't gotten my copy yet.  You can visit Vicki at www.livingwaterfiction.com

Julie Cantrell
Literate and lovable, Julie Cantrell is truly a champion for the cause of communication. A speech-language pathologist and literacy advocate, her debut novel Into the Free was an international bestseller and received two Christy awards. She and Lisa Wingate team up for The Writer's Jar, a popular feature in each issue of Southern Writers, where they engage in lively conversation with Southern authors.

Julie's latest novel, When Mountains Move, is a Carol Award winner and, like its predecessor, has been recognized as a top read of the year by USA TODAY. Her eagerly anticipated third novel, The Feathered Bone, will be out this November.
www.juliecantrell.com

Lisa Wingate
Lisa is a former journalist, inspirational speaker, and the author of over twenty novels. Her national bestseller Tending Roses is now in its 19th printing. Lisa graced our very first issue with our first Last Word back in July 2011, and has been a favored friend of the mag ever since.  Her feature The Writer's Jar with Julie Cantrell became a Southern Writers staple in July 2014.

Shelly Frome
After an illustrious career as a professional actor, film critic, and a professor of dramatic arts emeritus at the University of Connecticut, Shelly is now a full-fledged Southerner and shares his vast insider's knowledge of the theater via his current series on screenwriting. Anyone who finds the psychology of story fascinating appreciates his astute insights, which is why I own pretty much everything he's written on the subject.

The author of several nonfiction books including Playwriting, The Art and Craft of Screenwriting, and The Actors Studio, Shelly is also an acclaimed mystery writer whose latest novel, Tinseltown Riff, has all the cinematic flavor of a good Hollywood whodunit. His latest crime novel, Murder Run, will be released in a couple of weeks.
www.shellyfrome.com 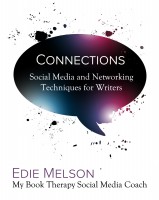 Edie Melson
If you've taken social media seriously in the last few years, you've come across Edie Melson, a leading voice in the blogosphere. She is co-director and faculty member of numerous writers conferences, and her writing website The Write Conversation is a resource referred to regularly by both beginning bloggers and experienced world wide webbers. As our Social Media Director, Edie cuts through all the noise and spells out the means to having a successful author platform.

Her book on social media and networking techniques, Connections, is a must read for anyone who wonders "How much time must I spend on Facebook and Twitter when there's this book I'm trying to write?"  Hardly a week goes by that I don't recommend Connections to someone who ends up thanking me later. Simply put, Edie makes it easy.
http://thewriteconversation.blogspot.com

C. Hope Clark
One of the most common things authors tells us they struggle with is writing dialogue. But C. Hope Clark has tongues wagging thanks to her frequent articles on just that subject. The founder of FundsforWriters.com, Hope reaches over 40.000 readers each week with advice on markets, grants, contests and much more, and her book The Shy Writer Reborn: An Introverted Writer's Wake-Up Call, has ignited many an author's ability to promote themselves with confidence.

Hope is the author of the Carolina Slade mysteries Lowcountry Bribe, Tidewater Murder and Palmetto Poison. Her newest series, The Edisto Island Mysteries, begins with Murder on Edisto. For lovers of Southern intrigue, nothing is finer than to be in Carolina with Hope.
http://fundsforwriters.com

Steve Bradshaw
Steve is one of the newer contributors to the magazine, but someone who's been around the (writer's) block. A forensic investigator, biomedical founder-president/CEO, entrepreneur, radio talk show host, Steve was the youngest field agent for the Medical Examiner's Office in Texas history, investigating 3,000 unexplained deaths and 300 homicides. There is no dearth of death in Steve's background, which uniquely qualifies him to instruct on the mechanics of mayhem in Southern Writers.

His personal experience with the grisly and gruesome also lends chilling authenticity to his Bell Trilogy of mysteries, which include Bluff City Butcher, The Skies Roared, and Blood Lions. www.stevebradshawauthor.com

In my previous post I was also proud to feature Susan Reichert, Chris Pepple, Jessica Ferguson, Londa Hayden, W. Terry Whalin, and Sara M. Robinson, but the Southern Writers family hardly stops there. We consider the 900+ authors who've graced our pages our extended family, not to mention every subscriber to the magazine and every visitor who comes here to read Suite T. Thanks to one and all for your role in making the writer's community an amazing place to be.