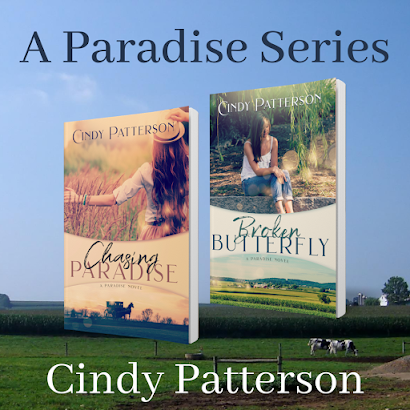 I fell in love with the Amish nearly twenty-two years ago—the same year I married my husband. The same year our church choir visited the towns, villages, and communities of Lancaster County in Pennsylvania. It led to reading an assortment of Amish Romance, which then steered to my very first attempt at writing a full-length book.

It was as if something inside me came to life as I filled those pages with words.

Choosing the area for the setting was easy—and what a romantic setting it is. Within its 46-mile-wide and 43-mile-long area, each town in Lancaster County has its own unique personality and name. There’s Bird-In-Hand, Strasburg, Intercourse and many others that unfold along winding roads and farming land with a breath-taking beauty that stretches mile after mile. But there was that one community called Paradise with its scenic back roads and a covered bridge that the story would transpire.

My working title became Chasing Paradise, and this led to another book called Broken Butterfly, and A Paradise Series was born.

Digging deep and creating all sorts of trouble with the very thing the characters want most is hard but rewarding. It is such an important aspect since it makes or breaks the reader from turning the pages. Through their storms, I sketch glimpses of hope throughout their struggles to reveal faith and the unordinary love of Jesus who has been with them all along. In those shattered moments, this gives them strength. And I never leave my characters without a happy ending.

Choosing the central source of challenge for Chasing Paradise came easy as my two primary characters from unique backgrounds fall into forbidden love.

Rachel Adams leaves behind painful memories as she moves from her childhood home in Florida to Paradise, Pennsylvania, at a vulnerable time in her life. With her out-going and lovable nature, it disheartens her when she encounters the attractive Amish handy-man, Paul Fischer, and his apparent disapproval of her.

Paul Fischer has enough trouble gaining his uncle’s approval while running his construction company among the Englischer’s instead of farming his uncle’s land. When Rachel Adams, the daughter of the woman he’s agreed to work for catches his eye, things get complicated fast.

Broken Butterfly is a tale that centers on a tattoo. The Amish lifestyle and culture still play an important role in the background, and Paul and Rachel are still major characters, but the suspense shifts into another gear with a brand-new character, Mallory Scott. While Eric Matthews emerges from the shadows of Chasing Paradise, driven to save Mallory from her haunted past.

What a blessing that God would allow me to pour out these stories and be a voice, no matter how tiny, of His unconditional love and His presence in our lives through Christian Romance! And God-willing, it’s something I will do until I draw my last breath. 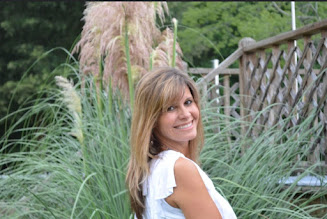 Award-winning author, Cindy Patterson, believes in captivating romance and happy endings. In her stories, she loves to give glimpses of how God can use brokenness and make them whole. She reads a lot, drinks too much coffee, and wishes she had more time to write. Author of Chasing Paradise, Broken Butterfly, and Shattered Treasure.

She loves to connect with her readers and you can find her at cindypattersonbks.com.