How Much Responsibility Can One Man Shoulder? 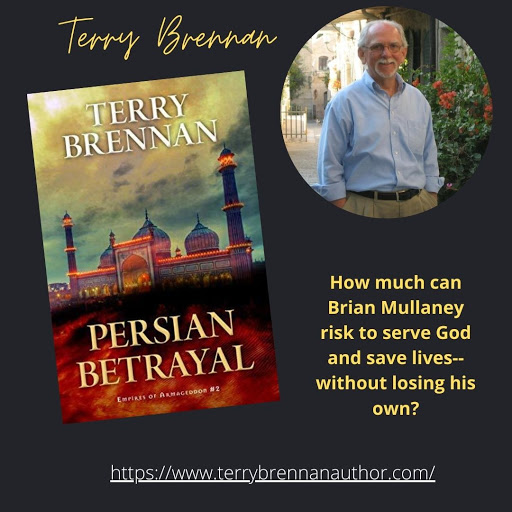 In Terry Brennan’s Empires of Armageddon series, three ancient empires  are rushing toward a collision in the volatile Middle East while an official high in the US State Department is conspiring with a foreign power against the US president. A centuries-old prophecy is unveiled that heralds Christ’s imminent return, and malevolent fallen angels are determined to invalidate biblical prophecy so they can manufacture a different ending to the Bible. The story
which began in Ishmael Covenant picks up right where it left off in the second release, Persian
Betrayal published by Kregel Publications.

Brennan explains. “In this series, our protagonist, Brian Mullaney, is drawn into this conflict against desperate evil forces who want to change the end of the Bible with an earthly battle that has eternal consequences. The spiritual warfare in Persian Betrayal is real, personal, dangerous, and frightening to our characters. And its outcome has eternal ramifications. Not so much different than today.”

One of Brennan’s key inspirations for the series came from the writings of the Vilna Gaon, Rabbi Elijah ben Solomon Zalman, who was the most revered Talmudic scholar of the late eighteenth century. In 2014, his great-great-grandson revealed a prophecy the Vilna Gaon wrote two hundred and twenty years before: “When you hear that the Russians have captured the city of Crimea, you should know that the times of the Messiah have started, that his steps are being heard.” Only months before that, Russian troops had invaded Ukraine and swept through the Crimean Peninsula. Brennan took the idea of the rising empires and the premise of an unexpected treaty between Israel and all its Arab neighbors and ran with it


In the story, Mullaney is wounded yet he is supposed to save the Ishmael Covenant, the treaty promising peace in the Middle East. Despite angelic intervention, Mullaney wants nothing to do with his final assignment. But without him, evil will win the ultimate struggle and humankind will have no hope left.

Brennan shows how Mullaney’s faith is evident throughout the story as he prays urgently and fervently, pleading for God’s help and direction. The spiritual warfare Mullaney faces also has deep biblical roots. “In the Bible, the book of Ephesians references ‘heavenly realms’ five times and refers to the battle ‘against the rulers, against the authorities, against the powers . . . against the spiritual forces of evil in the heavenly realms,’”

The second prophecy, revealed in Persian Betrayal, is a product of Brennan’s imagination, though rooted in history that dates all the way back to the days of Moses and the battle between the Israelites and their ancient enemies, the Amalekites. 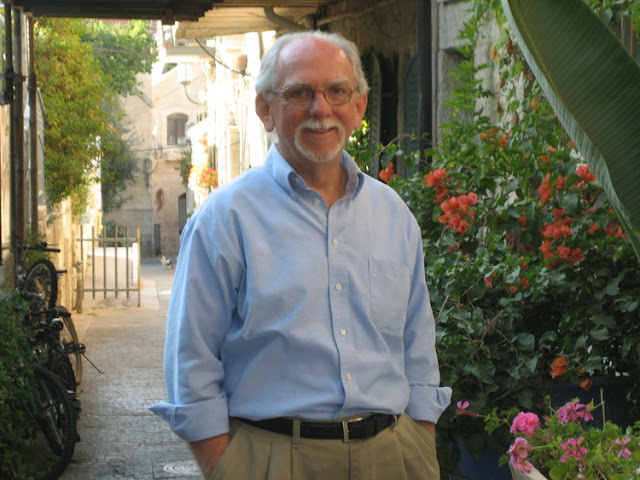 Terry Brennan is the award-winning author of The Sacred Cipher, The Brotherhood Conspiracy, and The Aleppo Code, the three books in The Jerusalem Prophecies series. His latest series is Empires ofArmageddon, which includes Ishmael Covenant and Persian Betrayal.

A Pulitzer Prize is one of the many awards Brennan accumulated during his twenty-two-year newspaper career. The Pottstown (PA) Mercurywon the Pulitzer Prize for Editorial Writing for a two-year series published while he led the team as the newspaper’s editor.

Starting out as a sportswriter in Philadelphia, Brennan became an editor and publisher for newspapers in Pennsylvania, Illinois, and New York and later moved to the corporate staff of Ingersoll Publications (four hundred newspapers in the United States, Ireland, and England) as executive editor of all US newspapers.

In 1996, Brennan transitioned into the nonprofit sector, spending twelve years as vice president of operations for The Bowery Mission and six years as chief administrative officer for Care for the Homeless, both in New York City.

More on Brennan can be found at www.terrybrennanauthor.com. He is also on Facebook (Terry Brennan) and Twitter (@terrbrennan1).

Email ThisBlogThis!Share to TwitterShare to FacebookShare to Pinterest
Labels: How Much Responsibility Can One Man Shoulder?, Suite T, Terry Brennan