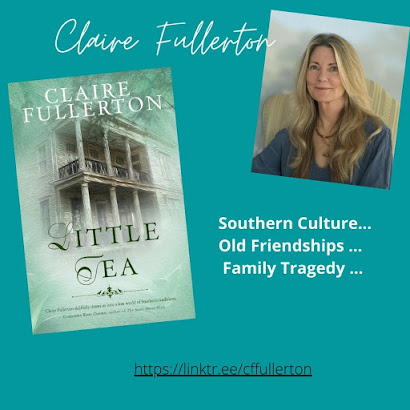 You better believe I came ready! I prepared with photographs of Little Tea’s setting in the Deep South (Como, Mississippi; Greer’s Ferry Lake in Heber Springs, Arkansas; and my home town, Memphis) two book trailers, a dozen memes, Little Tea reviews, and, knowing that a picture tells a thousand words about an author’s life, photographs of ocean waves taken where I now live in Malibu, California and endless un-staged photographs of my three photogenic dogs. It was my dogs that got the ball rolling. It’s astounding how many people have “a German shepherd story.” The sharing of dog stories led to an enthusiastic kind of bonding. Soon enough, there was a vibrant thread in the private group of dog pictures that dovetailed to include the posting of pet cats. 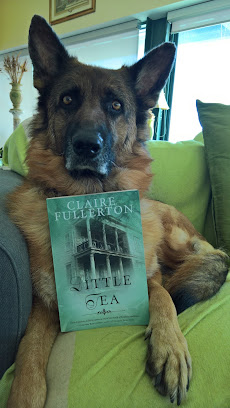 Little Tea’s premise is built on the power of female friendships—the anchoring, long-lasting kind that see a woman through a lifetime. These friendships tend to have their own language, often times there’s a shared sense of humor spawned from shared history, and what comes from shared history is an arsenal of stories. In Little Tea’s case, much of the bi-racial relationship story is due to the setting, which is to say the story wouldn’t have happened as it did were it not set in the South with its attendant social mores set amidst the roiling cauldron of the cultural racial divide. There’s a line from Little Tea, when narrator Celia Wakefield describes her Southern upbringing by saying, “The thing about being a Southern girl is they let you run loose until the time comes to shape you.” I posted a meme with this quote during my author take over and it led to a riotous discussion about the South and the power of female friendships, which is part and parcel to the story of Little Tea—Little Tea being the nickname of the main character, who is Celia Wakefield’s childhood best friend.

I have to say I’ve always known that readers are discerning people. They’re interested in learning about a book, but they’re equally interested in learning about the author. The beauty of my all-day, author take-over was that it afforded the latitude of an unfolding. One subject led to another with regard to Little Tea, but what warmed my heart the most was the participants who shared their own stories in what became a delightful, even exchange. I came away from the event knowing I’d represented Little Tea and introduced myself as accurately as I could, but the real gift to me came from getting to know those who love reading as much as I do. I went into the author take-over hoping to reach readers, but as I learned about them, it turned into the thrill of finding common ground.

I’m still marveling at the fun I had in the midst of a fortuitous opportunity. It’s not every author who invites another to take over their page and meet their followers. When you’re lucky enough to meet the kind of author who realizes we’re all in this together, it serves as an exemplary reminder of the impact of paying it forward. 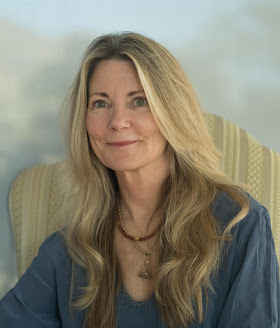 Claire Fullerton hails from Memphis, TN. and now lives in Malibu, CA. with her husband and 3 German shepherds. She is the author of 7- time award winner, Mourning Dove, a coming of age, Southern family saga set in 1970's Memphis. Claire is the author of Dancing to an Irish Reel, a 2-time award winner set on the west coast of Ireland, where she once lived. Claire's first novel is a paranormal mystery set in two, time periods titled, A Portal in Time, set in Carmel-by-the-Sea, California. She is a contributor to the book, A Southern Season, with her novella, Through an Autumn Window, set at a Memphis funeral ( because something always goes wrong at a Southern funeral.) Little Tea is Claire's 4th novel. Little Tea is a Faulkner Society William Wisdom Competition finalist, a finalist for the Chanticleer Review's Somerset Awards, and the August selection of the Pulpwood Queens Book Club. She is represented by Julie Gwinn of the Seymour Literary Agency.