When Your Protagonist Sees Your Antagonist in the Mirror 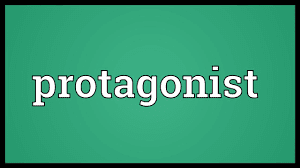 Oh my, how authors love to groom protagonists, making main characters deep, flawed, driven, and three-dimensional. Readers have to connect with them. Stories usually open with them. They carry series into multiple books, and readers cannot wait to see what happens to their lives.

But antagonists define protagonists. Readers and authors cannot clearly articulate the good in someone without it being reflective against the bad in the world, in society, in people, but most of all the person responsible for creating the reason for the story in the first place – the opposition.

Which means the protagonist has to study the antagonist closely. Every good guy strives to better understand the composition of the guy he’s up against, and all too often, that means the main character waking up to the revelation that they have to think like the opposition, with the fear that they will find the bad guy staring back at them in the mirror.

Intelligence-When adversaries in any competition are mismatched, the results are a boring game. The two opposing parties must be intellectual challenges for each other. That’s not to say they have the same IQ or have the same type of smarts. The truth is when one is remarkably smart in one area, and the other sharp in another totally foreign, their clash makes for grand conflict. They each have the wit and cerebral tools but must dig deeply to learn how the other thinks, each piecing the puzzle, learning the other’s history, habits, and methodologies. If the two aren’t thought-provoking stimulation for each other, one of them will win quickly, and what fun is that?

Appearance-Often a protagonist fears being too similar to a culprit. That’s the fear of many a hero, that they’ll absorb enough of the other side, or become too calloused to evil that they start not feeling the divide as clearly as they think they should. So imagine how that chasm between the two sides is lessened if either sees themselves physically in the other. Smile, build, eyes, a scar. They’d almost obsess over that, wondering what else they have alike that they cannot immediately see.

Habits and Likes-This type of comparison appears in military stories, with opposing countries and armies. Also, when the sanctioned military group goes up against the privatized ex-military group. What if a PI went up against a cop? Or one attorney went up against another? Technology, athleticism, nature skills, science. Level the playing the field, and they have to use alternative skills to those they have similar. The more similarities, the greater the challenge.

Remember how exciting it was when Superman went up against Batman? They utilized what they had in common as much or more than how they were different in battling each other.

Take it further and recall the movie/story Face Off, where Nicholas Cage and John Travolta literally changed faces, taking the appearance similarity to the extreme by swapping places. They’d studied each other down to nuances, understood how each other lived personally and professionally, yet one was bad and the other good. 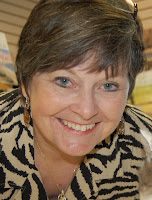 C.Hope Clark just released Newberry Sin, her eighth mystery and the fourth in her Carolina Slade Mystery Series. Hope is also founder of FundsforWriters.com, chosen by Writers Digest in its 101 Best Websites for Writers for the past 17 years. She lives on the banks of Lake3 Murray in central South Carolina with her dachshunds and federal agent husband. www.chopeclark.com

Email ThisBlogThis!Share to TwitterShare to FacebookShare to Pinterest
Labels: C. Hope Clark, Face Off, Southern Writers Magazine's blog Suite T, When Your Protagonist Sees Your Antagonist in the Mirror