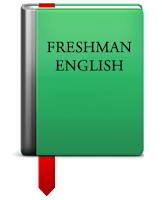 Teaching Freshman English made me aware of two of the least talked-about linguistic errors. Sometimes as I graded papers, I chuckled at the unintended humor of some of the students’ dangling and misplaced modifiers. I began collecting examples of “DMods” (our department’s correction symbol for the error).

What is a dangling modifier anyway?  Find a college handbook (if you don’t Google everything) to get a working definition. In my trusted Practical Stylist, Professor Sheridan Baker exhorts: “Don’t let your modifiers or references dangle” and gives a succinct tutorial. These are words, phrases, and clauses that “tend to slip loose from the sentence and dangle, referring to nothing or the wrong thing.”  An example: “When only a freshman, Jim’s history teacher inspired him.”  A freshman as teacher? How inspiring!

Seasoned writers can be guilty of faulty modifiers. In my collection is a Washington Post article by an acclaimed writer whom I admire immensely. Here is a sentence from the article. “But before entering high school my father died (I had already lost my mother several years before).”  Such a calamitous situation! Newspapers provide abundant examples. Here’s one from a 1986 “Personalities” column in a major newspaper. .”Democratic Party Activist Pamela Harriman, who has been in Barbados avoiding the Washington winter with her husband is frequently on the phone to Washington organizing her annual fundraiser.” And this example is amazing. “Hospital report: The condition of Apollo astronaut James Irwin, whose heart stopped while jogging last week, was upgraded to fair and stable.” Just inserting “he was” after the word “while” solves the problem.

How do you avoid this linguistic mishap?
1.     Make sure your modifier has a word in the sentence that it actually modifies and  place them next to each other.
Example: “On the basis of Webber’s testimony, a pale young man with sinkhole cheeks
named Gary Dobson, spent six years in jail until he was released last week. Place the modifier after “young man.”
2.     Be sure to put the subject in each sentence and clause.
Example (about the death of a local pastor): “While talking with two ladies, the
ladder slipped, causing him to fall about 15 feet into a stairwell.” Insert “he was” after “While.”
3.     Revise carefully, keeping an eye out for the problem when you do.

Now and again, I find one of these modifiers sneaking into my writing. I try to catch it before the rest of the world does. I don’t enjoy providing untended humor for my readers. 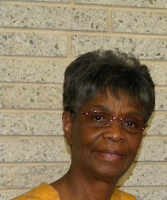 Judith Nembhard has spent all her professional life in education, in the classroom and in administration. She reads a lot of poetry and loves to teach it but doesn’t write it. She writes Christian fiction that explores her vision of the intersection of faith and daily living, especially in an academic setting. She is originally from Jamaica, and her stories reflect the lush island landscape, a setting conducive to romance. Teaching and writing are her greatest love, and reading is her most passionate hobby. She has two adult sons and lives in Chattanooga, Tennessee.