Two Steps to Tighten Your Writing 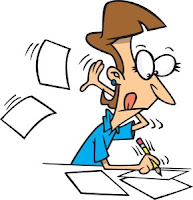 Every book I write begins with a fast draft. Every fast draft is followed with a rewrite. After letting my manuscript rest for two to four weeks, I take a two-level approach to bring the words in my fast draft under control:

Go Big. Stay “big picture” for your first go-round of tightening your manuscript. Look for

Scenes that drag at the beginning or at the end. Beware backstory dumps at the opening of a scene. Don’t add information into the scene that you, as the author, need to know, but your readers don’t. Eliminate where you wrote all the reasons why your characters do the things they do and all the things they’ve experienced before they appear in chapter one. Also, avoid the temptation to resolve the tension in a scene before moving on to the next scene or chapter. Enter the scene five to ten minutes late and leave the scene early. Go ahead: delete those paragraphs.
Circular writing, where you revisit the same plot point again and again. How many of your scenes are about how your hero and heroine can’t fall in love because she’s hiding a secret from him? Cut ’em. Instead, deepen your plot by figuring out what else is going on in your characters’ lives. If there’s nothing else happening, it’s time to do some major replotting.
Opportunities to tell the story “between the quotes.” Look for scenes where your point of view (POV) character is enmeshed in rambling introspection. Get out of their head and get the scene “between the quotes” by crafting it into dialogue between the POV character and someone else. Dialogue equals action.

Go Smaller. After tightening your writing by considering the big      picture, zero in on more specific details, such as


The opening and closing sentences for each scene. You want the first sentence of your novel to hook your readers. Don’t miss the opportunity to pack a punch at the start and finish of each scene, enticing your readers to keep turning pages.
Story world: Think details by weaving in the five senses and the surroundings your characters live in. But pick the best ones, utilizing them as symbols and metaphors, so that they help you layer in emotion.
Bad habits. At times, I’ve fallen in love with the words so and just and but, all common minor missteps—and all opportunities to tighten my writing. Remember some of those sentences you loved as you wrote them—that at the same time seemed a bit familiar? Maybe it’s because you’ve written that sentence or phrase somewhere else in your manuscript—or even in another book. Find them and delete them. 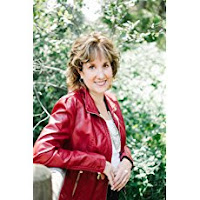 Beth K. Vogt is a nonfiction author and editor who said she’d never write fiction. She’s the wife of an Air Force family physician (now in solo practice) who said she’d never marry a doctor—or anyone in the military. She’s a mom of four who said she’d never have kids. Now Beth believes God’s best often waits behind doors marked Never. Things I Never Told You, releasing May 2018, is Beth’s first novel in her women’s fiction series for Tyndale House Publishers. Beth is a 2016 Christy Award winner, a 2016 ACFW Carol Award winner, and a 2015 RITA Award finalist. Her 2014 novel, Somebody Like You, was one of Publishers Weekly’s Best Books of 2014. Having authored nine contemporary romance novels or novellas, Beth believes there’s more to happily ever after than the fairy tales tell us. An established magazine writer and former editor of the leadership magazine for MOPS International, Beth blogs for Novel Rocket and also enjoys speaking to writers’ groups and mentoring other writers. She lives in Colorado with her husband, Rob, who has adjusted to discussing the lives of imaginary people, and their youngest daughter, Christa, who loves to play volleyball and enjoys writing her own stories. Connect with Beth at bethvogt.com.Beth’s links:Beth’s Website Tyndale Media Center-where you can download press materials like: Media Alert, interview questions, Author Q & A, author image, book cover image, etc. Author Image  Book Cover Image Author Bio Beth’s Blog Pinterest | Facebook | Twitter | Instagram