And So, That One Time, She Really Let All Those Words Get in Her Way 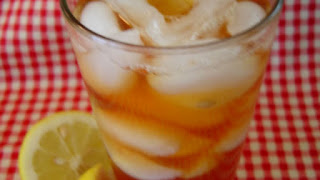 Creative writing is a tricky beast to edit. After all, it’s the creative aspect that says we can do it however we want, right? Well, that’s not entirely true. You wouldn’t want a doctor to say, “What does it matter how I make the incision as long as we fix you?”

Now, y’all can Google those kill-words with one hand holding your sweet tea, and you’ll find tons (okay, maybe not tons, but definitely a lot) of articles on words to avoid. Ways to “fix” your voice. And how to make the most of your manuscript.

I have a few self-editing starter tips for you:

Stop writing so many words. “But I’m a writer. It’s what I do.” It’s too easy to drag down your story with needless words. A quick fix is to do an edit/search: And. So. Once. Then. Later. Just. That. Was. More often than not, you can remove these words and your story will be stronger for it.
Also try to avoid words ending in -ly. Words that tell instead of show: Know. See. Feel.
Instead of, “She saw the curtains billow” (passive voice) try “The curtains moved” (active).

Avoid retelling. Often, a first draft narration unnecessarily repeats actions and dialogue. Tell it or (preferably) show it, but don’t do both.
George missed the nail and hit his thumb with the hammer, and let out a yell.
Ava looked up from her garden. “What happened, George?”
George grimaced. “I hit my thumb with the hammer.” He waved his thumb around and blew on it.
tightens to
George’s scream shook Ava and she looked up from her garden. “What happened?”
He was blowing on his thumb. “Ah, I just hit myself with the hammer.”

Let someone else edit. I know. Y’all are thinking, “SoBeBoHo Girl say whaat?” You know what your story shouldread like. You’re living there, right? You spent months, if not years, with these people, in this place. You see the world you created. You need to let someone else come along side to take the teal-colored glasses off and show you what you’ve missed. Oh, hey. Your characters Jack and John and Joni get a little mixed up.

In my first draft, four of my six main characters had five letters and two syllables to their names. Now it’s a mix and no two sound alike. I also mentioned the humidity in New Orleans. Well, I’m from the SoCal desert, and humidity is a bit of a novelty. So when my character flies from LA to NOLA, she enjoys the wet weather. And when she steps outside, she feels the humidity. And when she opens a window, she’s greeted by damp air … Ya tired of it yet? Yeah. So was my editor.

A second set of eyes helps vacuum the dust bunnies out of the manuscript, leaving you with something shiny and polished, something you’re proud to show off.

With a red pen and ready eye,

A Southern Belle in Southern California, and known to her friends as the Bohemian Hurricane, Molly Jo is a writer, editor, social media ninja, and producer of Aaron Gansky’s Firsts in Fiction podcast. Her writings have been featured in children’s magazines, on national blogs and devotional websites, and have earned her awards and scholarships from nationally-acclaimed writing programs. She is the founder of New Inklings Press, author of The Unemployment Cookbook: Ideas for Feeding Families One Meal at a Time, and other books available through her website and on Amazon. Her current work in progress, NOLA, is a location mystery set in New Orleans and is scheduled for publication in 2018. You can find her on Facebook, Twitter, Pinterest, Instagram, and her blog, Frankly, My Dear . . . For more information on her social media, marketing services and books, contact her through her website MollyJoRealy.com.

Email ThisBlogThis!Share to TwitterShare to FacebookShare to Pinterest
Labels: And So, Molly Jo Realy, She Really Let All Those Words Get in Her Way, Southern Writers Magazine's blog Suite T, That One Time, The Unemployment Cookbook: Ideas for Feeding Families One Meal at a Time