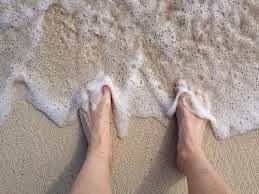 Six months ago I dipped my toe in the self-publishing waters. I was well into a sequel to a book published through the traditional channels, when I found out the publisher wasn’t interested in it. BUT I WAS!

I had been reading a lot about self-publishing from other authors and had been collecting the information for when I would need. The time had arrived.

There were those who would have assisted me--at a price--from my agent, who was developing a branch of his agency to help authors self-publish their works; to any number of online services that will edit, copy-edit, proofread, design a book cover, or do the whole package including formatting for uploading a digital book to the various e-pubbing sites.

A few months earlier I had attended a self-publishing workshop all about doing it yourself. The leader provided a wonderful handout with step-by-step instructions for formatting and uploading one’s e-book.

After editing my book, I did pay a professional proofreader locally to proofread it. I knew she was good (she copy-edits for New York houses and even copy-edited one of the Harry Potter books). I looked up different book cover designers online and made my first mistake, by going with a graphic artist, who didn’t specialize in book covers. I thought, well, I have the idea and she can do it up for me. Except I ended up hating her rendition (all 3). This taught me that I needed a graphic artist specializing in book design, whose WORK I LIKED. I did find one on my second attempt.  She was willing to take my design idea and work it up into a cover, for a very reasonable price (under $50).
With the step-by-step instructions from the self-publishing workshop, I formatted my book and uploaded it to Amazon. Within 24 hours my book was available for purchase!

There are a lot of platforms where one can offer one’s books, from Barnes and Noble to Apple iTunes. I chose to go exclusively with Amazon, because it entitles me to earn the highest royalty rates on my cover price (70%). Amazon is also the largest outlet for books, and most e-readers or tablets can handle an Amazon app, so a reader can purchase e-books from them. 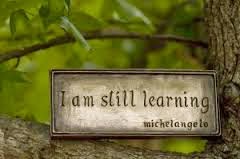 I’m still learning with every book I self-publish. I have now done three and am working on editing number 4. Two of these are original works and one is a new edition of a book that was published traditionally and for which I received the rights back.

I love the control I have over my work and the freedom to write any story line that grabs my fancy. My second self-published book, In Your Eyes, finaled in the national Romance Writers of America contest, but it never found a publisher because of its “exotic” setting—1640s Amsterdam.  Now, I didn’t have to let it collect dust on my closet shelf. I could DIY!

Ruth Axtell knew she wanted to be a writer ever since she wrote her first story—a spy thriller—at the age of twelve. She studied comparative literature at Smith College, spending her junior year at the Sorbonne in Paris. After college, she taught English in the Canary Islands, then worked in international development in Miami, Florida, before moving to the Netherlands, where for the next several years she juggled both writing and raising three children. In 1994, her second manuscript was a finalist in Romance Writers of America’s Golden Heart competition. In 2002, her sixth manuscript took second place in the Laurie Contest of RWA’s Smoky Mountain chapter. The final judge requested her full manuscript and this became her first published book, Winter Is Past. Since then, Ruth Axtell has gone on to publish sixteen historical romances and one novella. Her books have been translated into Dutch, Italian, German, Polish, and Afrikaans. Her second historical, Wild Rose, was chosen by Booklist as a “Top Ten Christian Fiction” selection in 2005. Ruth lives on the coast of Maine where she enjoys gardening, walking, swimming, reading romances, and gazing at the ocean plotting her next romance. With her latest book, A Heart’s Rebellion, Ruth returns to Regency London.