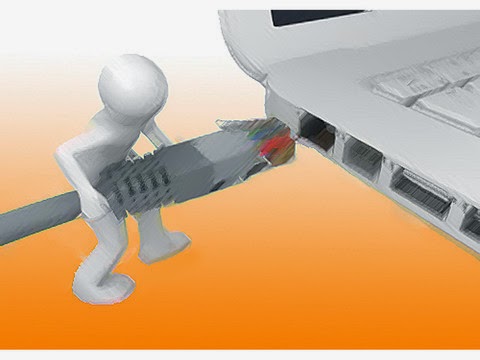 What connects us to a character? What makes us fall so hard we will track down every book in a series and worry about our hero’s safety, state of mind, finances, family, job, or marriage? We want to put our hands around his or her neck and squeeze when they veer off-course. We want to see them victorious, but we want them real.

When I read a review that refers to my protagonist, Keye Street, as flawed, realistic, damaged, vulnerable, gutsy, and a character you can empathize with, I know I’ve done my job. Crime fiction has a rich tradition of scarred and complicated detectives. I want her to be the person we’ve all been at times—imperfect, damaged, fumbling, aching, trying, failing—and the person we aspire to be—courageous, funny, quick-thinking, loyal. I want to pack the heart of a lion in my five foot, three inch detective even as she wrestles her own demons—addiction, self esteem, an inappropriate sense of humor, and a tendency to set fire to the things she loves most. This balance is a tightrope. If a character has too many flaws and continues on with their same behavior without giving the reader a sense that they’re growing and learning, it can frustrate and drive the reader away just as quickly as a too-polished, too-perfect character who delivers too many clever remarks. Readers want to know that everything we’ve put our characters through has meant something, changed them in some way, and made its mark on them.

Many years ago, a friend read one of my early manuscripts and told me it didn’t feel genuine. She said, “If you’d just write like you talk, that would feel real. That’s something I’d want to read.”

So I took this piece of advice the way most writers take advice, even when we’ve asked for it—I politely thanked her and walked away thinking she had absolutely no idea what she was talking about. It took me a couple of days of stewing and obsessing to realize not only was it great advice, but some of the most difficult to execute. What we’re really talking about is how to write with honesty. As a new writer, I was self-conscious. I wanted to impress. Writing without restraint, stripping a character down to their bones—to all their selfishness and self-indulgence, to their lust and demons and jealousy, and to all the petty and heroic deeds we all commit every day—means showing the world something vulnerable, raw, and something close to home.

Keye Street tries to be a decent human. Sometimes she makes it. Sometimes she falls short. But we care about our flawed characters because their struggles remind us of our own. We root for them because they’re trying to find their footing just like we are.

I try to let the world inspire me. We, writers, use everything from how we’ve felt to every experience and person we’ve encountered, especially when it comes to our family. Lord knows there is gold to be mined in one’s family for a writer. These are the most complicated, comfortable, uncomfortable, wonderful, and sometimes scarring relationships we will have in our lives. Use them. There’s validity to that age-old advice of writing what you know. That doesn’t mean you can’t write about Berlin from your Charlotte living room, or write a detective without having been a detective. It means write what you know in your heart, deep down in your bones—what love feels like; what grief feels like; what excitement and adrenaline feel like; that fear that can rock up at you like a big black wave; the gray areas we have all traveled in from time-to-time; the ethical struggles. Give that to your characters, and their hearts will begin to beat.

Amanda Kyle Williams has contributed to short story collections, written small press novels and worked as a freelance writer for the Atlanta Journal-Constitution. She was a house painter, a property manager, a sales rep, a commercial embroiderer, a courier, a VP of manufacturing at a North Georgia textile mill, and owned Latch Key Pets, a pet sitting and dog walking business. She also worked with a PI firm in Atlanta on surveillance operations, and became a court-appointed process server. The job was wonderful preparation for developing the Keye Street character. The Stranger You Seek is Amanda’s first mainstream crime novel and the first in the Keye Street series. Her second, Stranger In The Room. She lives in Decatur, Georgia, which produces unending fodder for her fiction. Her 3rd, Keye Street Thriller, Don’t Talk To Strangers releases July 1, 2014. Her website can be found at http://amandakylewilliams.com/biography/

Email ThisBlogThis!Share to TwitterShare to FacebookShare to Pinterest
Labels: A Perfectly Flawed Character, Amanda Kyle Williams, Don’t Talk To Strangers, Keye Street, Stranger In The Room, The Stranger You Seek