Writing with Strangers on a Train 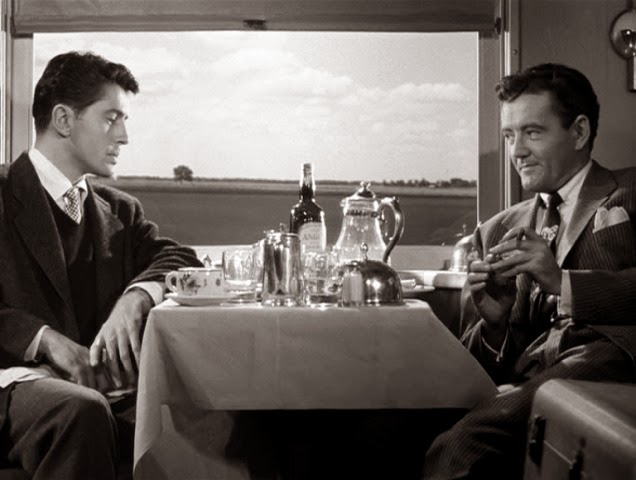 As a Hitchcock fan, I'm not a stranger to the charm of travel from days past. Before airplanes were the preferred mode of travel, there was train travel. Hitchcock crafted, "Strangers On A Train," to set the mystery in motion by strangers connecting, while enjoying cocktails in the club car. A misunderstanding moves the story.

In another Hitchcock movie, "Shadow of a Doubt," a wicked uncle arrives and then meets his demise on a train.

In Hitchcock's "North By Northwest," much of the story occurs on a train.

Author, Scott Turow, while a practicing criminal defense at a large Chicago law firm, commuted to and from work on the train. He authored his first novel, Presumed Innocent, during his travel on the train. He hand wrote his first legal thriller into a spiral notebook surrounded by fellow commuters on a train. It was published in 1987 and was later made into the hit 1990 movie starring Harrison Ford.

There is an opportunity for all writers who have dreams of writing on a train with constantly changing scenery and strangers.

Amtrak has announced the official launch of their writer residency program #AmtrakResidency program.http://blog.amtrak.com/2014/03/amtrak-residency-for-writers/

"AmtrakResidency was designed to allow creative professionals, who are passionate about train travel and writing, to work on their craft in an inspiring environment. Round-trip train travel will be provided on an Amtrak long-distance route. Each resident will be given a private sleeper car, equipped with a desk, a bed, and a window to watch the American countryside roll by for inspiration. Routes will be determined based on availability."

"Applications will be accepted on a rolling basis and reviewed by a panel. Up to 24 writers will be selected for the program starting March 17, 2014 through March 31, 2015.  A passion for writing and an aspiration to travel with Amtrak for inspiration are the sole criteria for selection. Both emerging and established writers will be considered."

"Residencies will be anywhere from 2-5 days, with exceptions for special projects."

"There is no cost to apply for the #AmtrakResidency program."

While Southern Writers Magazine does not endorse any program, we do want to inform authors of unique writing opportunities. 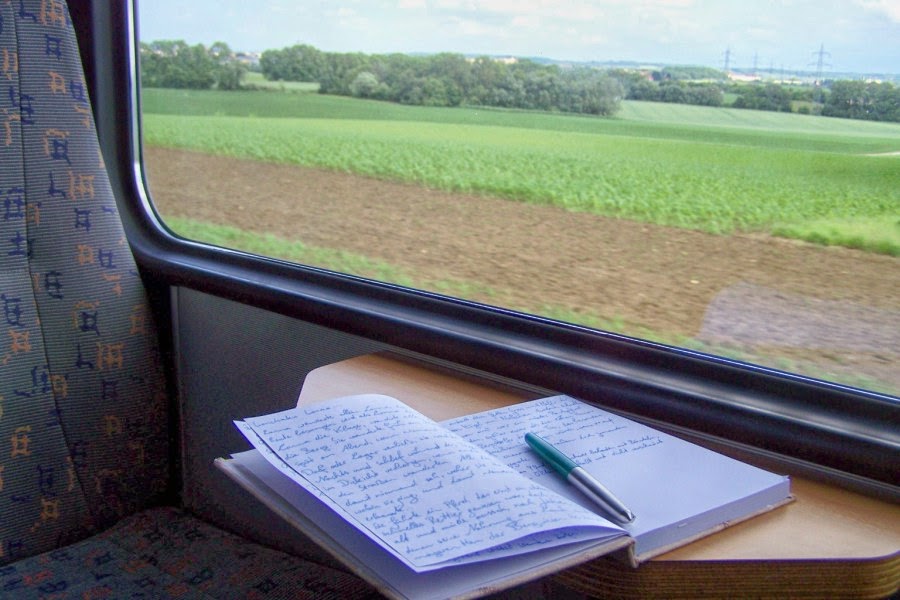 Alain de Botton, author of The Art of Travel, says, "At the end of hours of train-dreaming, we may feel we have been returned to ourselves -- that is, brought back into contact with emotions and ideas of importance to us. It is not necessarily at home that we best encounter our true selves. The furniture insists that we cannot change because it does not; the domestice setting keeps us tethered to the person we are in ordinary life, but who may not be who we essentially are."

Are you willing to break out of your familiar surroundings and hop on the rails for the adventure of your writing career? Here's your chance.