It Worked for Me, Tips from the General 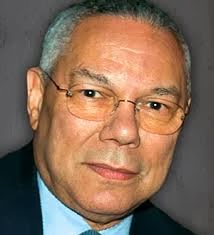 A birthday gift from my youngest son Will was a copy of General Colin Powell’s, IT WORKED FOR ME, In Leadership and Life. It was not a printed copy but a 7 CD set of the book as read by the author. This book is a compilation of some forty-four stories Powell had stored away during his career. Each story was shared with his friends and family members and they encouraged him to put them in the book. With the assistance of Tony Koltz, a talented young man who had co-authored with the likes of Tom Clancy and others, and the editors at HarperCollins, it was put together in 9 months.

Powell, with the assistance of Harper Audio, spent 3 days recording the book. He described the recording as very hard work but made easier by the expertise of those at Harper Audio. Current technology made the recording of this much different than the last. This book was recorded digitally which made editing much easier. Editing could be done by individual word as opposed to a paragraph or sentence.  For this reason the book on CD is unabridged.

At the end of his recording he shared what I believe to be some valuable advice for authors. Here are some of his insights: “Each work, once finished and sent to the publisher, is like a child that you are sending out into the world. You know there is more you should do. You’re sure you didn’t raise it entirely right. You wish you could have it back and start over again.” Powell goes on to say when you read it this feeling is again revisited. There are things read that you think should have been in the book. This topic was visited on Suite T in a December posting Perfection Not Required http://southernwritersmagazine.blogspot.com/2013/12/perfection-not-required.html.

“Recording the book gives you a different perspective on writing the book.” Powell feels the stories appear different when reading them out loud than writing them. He felt it sounded different when reading it than what he heard in his mind while writing it. The two were similar and as Powell said, “Close enough for government work.” His hope was you would also buy the printed version for yourself and possibly share it with others.

On reading the book himself versus having an actor read it, Powell stated he read it himself because he felt the stories were so personal they had to be read by the author. He had experience with this before and he felt an actor would not suffice.

Powell went on to share that he read from an iPad. He wasn’t sure how that would work. He had only read from pages but since he was technologically savvy, with having several computers in his office, 2 Kindles and 2 iPads he felt comfortable with the iPad. He only had to spin the pages up to continue reading. He felt the iPad was the way to go and next time that is the way he would do it.

It isn’t often that you find included in the recorded version of a book tips for authors by the author. I felt these were little gems of information we may use. It also gave some insight how an established author with a publisher, editor and platform in place operates. It will be a wonderful thing when you have this in place, 9 months, from beginning to end, before you turn over your child to the publisher.

Wonderful to think about isn’t it.

Email ThisBlogThis!Share to TwitterShare to FacebookShare to Pinterest
Labels: Colin Powell’s, Doyne Phillips, In Leadership and Life, It Worked for Me, Managing Editor for Southern Writers Magazine, Tips from the General, Tom Clancy, Tony Koltz