The Occasional Need for Blinders 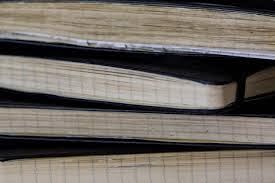 Reams of handwritten manuscripts fill boxes in my garage, a testament to those long-ago days when I aspired to become a novelist. I had a computer but believed my creativity flowed best from my brain, down my arm, into my hand and out my pen. It was, after all, all about being creative, of making up worlds, fashioning people from my own imagination, clothing their lives in poetic prose.

I was on a mission to speak of beauty and truth. I wanted to share ideas that would somehow give people insight into the purpose of their lives.

I was a dreamer. And those were grand days, filled with the great satisfaction of writing, of loving my own words and the words of countless others.

Of course, there was the longing to be published as well. I wanted to succeed, to see what I’d written in print and in stock on the shelves of all the big bookstores.

What I didn’t know was that there can be a distinct sour side to sweet success.

Maybe, if you’re a published author, you know what I mean. As soon as that first book comes out, you’ve entered all new terrain; a place comprised more of numbers than of words.

Here’s how it goes. Your book comes off the press and immediately your publisher begins to keep careful track of how many copies are sold. Amazon andBN.com rank you with a number that is oftentimes in the six-figures, sometimes seven, meaning there are a million books selling better than yours.

Readers give you one, two, three, four or five stars, and there’s a running tab of how many people rank you and a breakdown of the number of stars given to you.

The coveted label “#1 New York Times Bestselling Book” will forever elude you not only because you’re not a bestselling author but because--with your book barely selling 10,000 copies in the first six months--you are, in publisher’s terms, a mere mid-lister, a category from which it’s nearly impossible to break out.

Royalty statements arrive without an accompanying check because the numbers indicate that you—for all practical purposes—now owe your publisher for having published you, even though you weren’t using a vanity press.

This same process is repeated for the next several books until somewhere along the way the question of “What good can I do through this story?” is twisted by an economy-driven industry to become “How many copies of this book can I sell so that I can be on top of the heap?”

And before you know it, you’ve lost your first love, the very thing that inspired you to write in the first place the joy of creating a good story and sharing it with others. 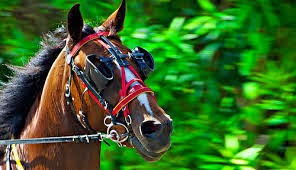 While we can’t ignore the number altogether, or course, sometimes we just need a break. That’s when I put the blinders on; shutting out the numbers so my mind can be filled with words alone. Racehorses wear blinders so they can run straight ahead without distraction. Maybe blinders even help them to enjoy the run without having to worry about who’s “running faster.”

With the blinders, I’m able to get back to the joy of those pre-published days--the simple joy of stringing words together to create something beautiful, to share something powerful, to offer something life-changing….even if it’s only for myself and a few other people.

Ann Tatlock is the author of ten novels. Her newest novel, Sweet Mercy, was released in May 2013 from Bethany House Publishers. Her previous novel, Promises to Keep, was a 2012 Christy Award winner, was named by Booklist Magazine as one of the top ten historical novels of the year, and is presently being made into a feature film by Big Film Factory. Her books include Traveler’s Rest, The Returning, Every Secret Thing, Things We Once Held Dear, I’ll Watch The Moon, All The Way Home, A Place Called Morning and A Room Of My Own.

Email ThisBlogThis!Share to TwitterShare to FacebookShare to Pinterest
Labels: All The Way Home, Ann Tatlock, Every Secret Thing, I’ll Watch The Moon, Promises to Keep, Sweet Mercy, The Occasional Need for Blinders, The Returning, Things We Once Held Dear, Traveler’s Rest