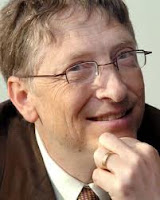 Would you like to be a world class writer? Do you know what it takes? Author Malcolm Gladwell did a study to determine what made individuals world class performers in their various walks of life. In his book Outliers, Gladwell revealed one of their common traits was each had a minimum of 10,000 hours of practice, rehearsal or training in their individual fields. Examples he gave were Olympic Athletes, musicians such as the Beatles and computer gurus Gates and Job. All had put in the necessary hours to make them world class at what they do.


Gladwell’s research was confirmed months after Outliers was published with the Hudson River ditching of the U S Airways Flight 1549. After losing all engines Captain Chesley B. “Sully” Sullenberger made the decision to ditch the aircraft based on his experience and evaluation of the situation. His experience included 40 years of flying with over 19,000 hours of flight time. His co-pilot Jeff Skiles after 32 years of flying had over 20,000 hours of flight time. Their feat was truly world class. Thankfully they had put in the necessary time to perform as such.
So how do we become world class writers? We write! What do we write? We write anything and everything. We write that novel, journal, blog, poem, song, email, query letter, promo, instruction manual. We write it with the enthusiasm and determination we would use to author the next classic. We write with excellence and we write often. A friend of mine this time a year ago had a business book on the bestseller list. His next project was a sales manual for a large national corporation. He will tell you, “Write!”

But how does this fit in with Marketing Monday? How is this going to help me market my work? Very simply, you must write to sell yourself. Your query letter sells your proposal. Your blog broadens your platform which is an asset needed to sell your book to a publisher. Your articles, emails, Twitter and Facebook post and yes, even your personal hand written signature with message inside your most recently published book cover is marketing you as a writer. So as we write toward our world class status of the necessary 10,000 hours, let us be sure to include those necessary hours of writing that market us as writers. Let us write!