How I Overcame My Fear and Began to Blog (...Again) 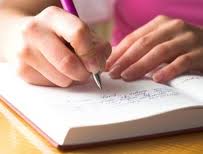 The address to a friend’s blog appeared in my e-mail inbox on a regular day in 2005. She had posted pictures of her beautiful family and was recording the special events that occurred in their lives. “How cool!” I thought. “But I’ll keep jotting stuff down in my well organized, spiral bound calendars that sit nicely on each of my baby’s dressers.” I wasn’t exactly sure if the world needed to see my life revealed on the World Wide Web. I was clearly very naïve about the nature of the blogosphere. The more I kept up on my friend’s life via her blog, the more intrigued I became. I would typically take a spin by her blog as I would sit down to write in my computer journal that consisted of multiple Word documents. The more I wrote in my journal, the more I discovered that I might be able to encourage someone with my words.

By 2005, the world of blogging was far from new. But in my little circle of friends, blogging was just catching on. And even at that, there were only a few testing the waters of blogging. 2006 was the year I took my first dip into the blogosphere. The name of my first blog was aptly named “Three under 3”. At that time I had 3 children all under 3 years old. The content of my blog was not hard to come by as each and every day of my life was filled with a new adventure to be sure. I blogged regularly for nearly 2 years and had some followers, which is a huge boost to any writers ego! But I confess that life happened. I didn’t stop writing, but it stopped being public.

After some major life events and changes, God began to stir deeply in the place of my heart that is passionate about writing. I no longer had an active blog, but I was filling pages upon pages of journaling and inspiration that God laid on my heart. At the time, I was blessed to be part of a sweet community of women who urged me to listen to God’s leading. I dug my heels in and resisted the idea of becoming a blogger again because between 2006 and 2011, it seemed that every person that breathed had also become present in the blogosphere. The non conformist in me said, “No! Find another writing outlet!” I did not want to be like everyone else. 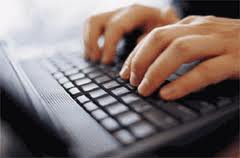 However, the fact is that the invention of the “blog” has created a place for people to be in a community, so to speak. I’m clearly not the only one who discovered that. In my estimation, blogging has gained popularity for 2 main reasons; it’s a place for people to be known, whether it’s to inform or inspire and it’s also a place for people to know, to be informed and inspired. These are the reasons that I finally broke through my fear and resistance to be like everyone else, and began actively blogging again. The writer in me is happy to be putting myself out there again in hopes that my passion will inspire those who read and follow my blog.

You can now find me jotting things down at: www.desperatemomandwife.wordpress.com