On Monday an author friend and I got on the subject of names.  Not names of literary characters, but those of real people.  Among the monikers that came up in conversation were Piers Tilbury and Thurl Ravenscroft.  Just in case you don’t recognize those names, I’ll tell you who they are in a moment.


But first, don’t you get a certain feeling from each of these names?  Doesn’t Piers Tilbury convey a certain regality?  Doesn’t Thurl Ravenscroft sound a bit intimidating, like something straight out of Hogwarts? 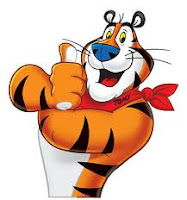 I won’t keep you in suspense.  Piers Tilbury is a talented artist in the UK who specializes in fiction book covers.  And Thurl Ravenscroft – whose voice was as formidable as his name – did many deep-throated vocal characterizations for Disney, sang the Christmas classic “You’re a Mean One, Mr Grinch”, and for over fifty years hawked Frosted Flakes as the voice of Tony the Tiger.
Think about it.  Boris Karloff is a name that overflows with menace, even if you’ve never seen Frankenstein or his other creepy roles.  In contrast, cowboy actor Marion Morrison knew his name wouldn’t hold up in a saloon showdown, and promptly changed it to John Wayne.  What a simple, All-American frontier kinda name.
Obviously, when we’re coming up with names for characters in our stories, it becomes even more important to make them a good fit; perhaps even one that reinforces the role of the character.  Going back to Hogwarts for a moment, doesn’t Harry Potter’s Professor Severus Snape sound every bit as imposing as his character?  And Holly Golightly from Breakfast at Tiffany’s immediately suggests someone who doesn’t take life very seriously.  (I’ve actually never seen that one but I’ll betcha.) 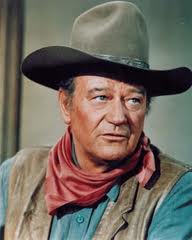 Not to say that a less assuming name doesn’t have merit.  Sometimes it may even be preferable, to make a certain character as forgettable as possible.  In some who-dunnits this has been used effectively to avert you from the ultimate culprit.
Just like you give your characters interesting backstories, give them a name that goes with their personality.  No one will fault you for using normal, everyday names like Bob Smith or Jane Jones, but something in between plain vanilla and Black Forest Pistachio Chip Ripple might lend your story a few extra flavors.