The Wizard and I

When the Broadway show Wicked came to town recently, my oldest friend Ron was dragged kicking and screaming by his wife, who had been waiting years to see it.  Ron’s reluctance was multifaceted, but the bulk of it had to do with his distaste for musicals.  (This is the same guy who’ll spend five months out of the year watching American Idol.) 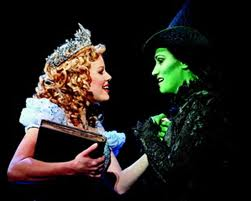 Having already experienced this tuneful, colorful spectacle myself – and enjoying every minute – I was hoping Ron would emerge a changed man, on whom Wicked – and the Great American Musical in general – would have worked its magic.

“I’d rather go through four root canals than sit through that again,” was Ron’s next-day review, or something similarly periodontal.

“The songs were fine,” he replied, as were the performances, the costumes, the sets and everything else I could think of.

“What do you mean, they ruined it?”

“They changed the story.”

Ron didn’t mean it wasn’t The Wizard of Oz we all remember; he knew that much going in.  What he objected to was that they introduced different backstories and relationships for the main characters, adding new twists to familiar plot points.

“It’s ridiculous.  It would never happen that way.”   His indignance was so dramatic that I thought he was joking, but he was as serious as a house falling on you.

Now, I respect the L. Frank Baum classic as much as anyone; in fact I’ve even analyzed that adventure as a metaphor for the writers journey in my “Yellow Brick Road” series for Southern Writers Magazine (shameless plug alert).  Yet Wicked’s reinventing of the original characters didn’t disturb me any more than the many different cinematic variations of my childhood idol Batman.  I find revisionist interpretations creative and dimension-opening, leaving you pondering fresh possibilities.  And of course, it’s merely a reimagining which doesn’t have to replace the beloved classic. 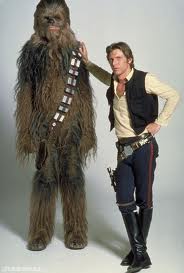 But here’s the deal.  The Wizard of Oz has been revisited hundreds – actually thousands – of times, using entirely different characters and settings.  In how many books and screenplays has the protagonist been sent to a strange world, met new allies and mentors along the way and had to conquer their greatest enemy before they could reach their goal?  Sometimes a scarecrow, a tin man and a cowardly lion are portrayed as a gunslinger, a robot and a Chewbacca.  May the force be with you, Dorothy.

Virtually every tale we tell as writers – whether intentionally or inadvertently – will have some correlation to the great classics.  Part of the fun is discovering the new spin we can put on the same old story.

Personally, I like knowing why the Wicked Witch was green.