Writing On Your Feet 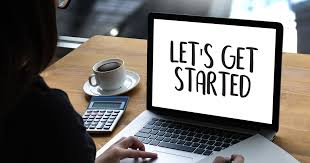 Improvisation in front of a live audience is “writing on your feet” and although it sounds terrifying (yeah, admittedly, it kind of is at first) it is freeing. Improvisation becomes a mighty resource for the scribe when they make the conscious decision to get out of their comfort zone and try something they’ve never done before.

I’d like to play a game with you. The kind we might have played if we were kids at each other’s houses, rooting through the attic.

All you need is:

Something to record with (your smartphone likely has an app).

Your own fabulous child-like wonder.

Warning: You might correct yourself or stop yourself or think “I can think of something better’. Don’t worry about that. Support the idea that comes to you right away and follow it through with commitment. It’s only a few moments of your life, why not make them sparkle and shine a little by following the first rule of improv – agreement. “Yes!” Agree to play and explore and see what this game has in store for you.

Imagine a unique garment of clothing (it could be something you’ve seen in a history book or a futuristic design, or anything at all). It could be a worn shawl or a felt hat or a pair of dirty leather gloves. See whatever it is as though it were real. Reach out and touch it.

Admire the weaving or be appalled by the smell of mothballs. Whatever is true in this moment. Pick it up, find the end, the start, the middle of it. See it in your hands.

Then make a bold choice. Have a reaction to this piece. Something about it makes you feel… Sad? Angry? Churlish!? Let this attitude grow with your imagination into a semblance of an idea of someone who would wear this, someone who would be the owner of this clothing.

Set the timer for thirty seconds.

Become the character that would wear this clothing.

Now slip it on. (Careful with those delicate buttons!)

Sense how loose or tight or just right it is. Perhaps it makes you stand taller? Or embarrasses you?

Allow yourself to move in it until the timer goes off. Twirl!

Reset the timer for three minutes. Ready your recording device.

You will, as your newfound character, dictate a letter (yup, still in their ‘costume’). They could be prepping to send their tailor a note. Or it might not have anything to do with the clothing. They could be monologuing out loud what they will say to their lover tonight.

Press record and start the timer.

Start talking, er, rather “writing on your feet” until the ding!

Voila! You just improvised your own character to life! Try this exercise again on a character you’re working on or one you’d like to develop. There’s no better way to understand someone than to slip into their skin.

JORJEANA MARIE is an award-winning voiceover actress, stand-up comedian, playwright, screenwriter, and improv instructor. She has performed on SNL and Chapelle's Show, voiced thousands of audiobooks and won this year's Audie for YA, and done stand-up with the likes of Doug Stanhope. Marie was recently tapped as a playwright for a forthcoming Broadway production and writes story concepts for Disney's flagship brand. After learning the craft of improv personally from legends like Robert McKee and the late Gary Austin, Marie has worked as an improv instructor (including a stint with Upright Citizen's Brigade) for Emmy- and Oscar-winning actors. Author Website: https://www.jorjeanamarie.com/ Book Landing Page:  Improv for Writers (August 27, Ten Speed Press) Social Media:  Facebook
Twitter   YouTube  LinkedIn  Vimeo