The Landscape of Character Building 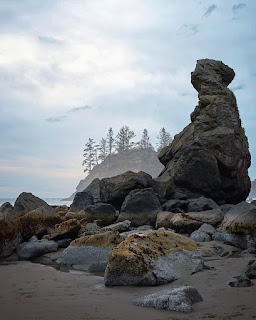 The seasons of the writing life allow me time to pursue another creative passion, landscape photography, and my home state of Oregon offers an abundance of breathtaking subjects. From lush snow-capped mountains to rugged coastline, thundering waterfalls to high desert mesas, the character of the Pacific Northwest landscape is endlessly varying.

Providing readers with multifaceted characters who live and breathe on the pages of a novel often feels like condensing the centuries-long process of a landscape’s alteration into the span of a few months. And like those landscapes, story characters are built in layers, starting with their earliest defining moments.

A defining moment in a character’s life might be as subtle as a breeze or as cataclysmic as a landslide that forever reshapes their inner topography.

Every writer comes at this crucial aspect of storytelling—character building—uniquely. Since characters initially come to me as the person who appears in the early chapters of their story, my method of fleshing out that character requires sifting through a seemingly endless array of potential soul-shaping experiences a person could have and choosing those that best support the character who has leapt out of the ether of my imagination.

Why is he this way? What events or people shaped her?

Like a geologist digging through the strata of a cliff-side, it’s my job—via research into the life my historical character would have known or by simple persistent rumination—to unearth their past and discover their emotional layers and the experiences that laid those layers down in that particular pattern. 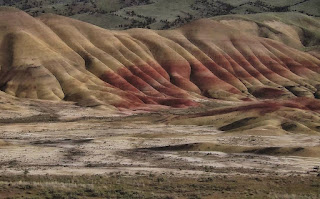 The emotional scars he bears. The lie she believes about herself. A disappointment that still bleeds raw. The hope she clings to despite all odds. That thing he’s sworn he will never do or believe. Her deepest fear. His secret weakness.

Such layers provide an emotional arc, the inner battle a character will wage throughout the pages of their story.

The creation of these layers usually happens in tandem with a novel’s plotting and even writing.

Character building, story plotting, and writing are a braided process that at times feels as erratic and unpredictable as this planet’s weather. It requires a measure of faith to press on, but if I do then eventually a believable, vibrant character emerges. Layers of defining moments have made her who she is in the story’s opening pages, ready to be challenged and shaped by the story’s narrative, to make the inevitable—yet hopefully surprising—choices those layers have prepared her to make.

Lori Benton was born and raised east of the Appalachian Mountains, surrounded by early American and family history going back to the 1600s. Her novels transport readers to the 18th century, where she brings to life the Colonial and early Federal periods of American history, creating a melting pot of characters drawn from both sides of a turbulent and shifting frontier, brought together in the bonds of God's transforming grace. Lori's debut novel, Burning Sky, earned the 2014 Christy Award for First Novel, Historical, and Book of the Year. Photo 1 by Lori Benton, Photo captions (all photo by Lori Benton) Grandmother Rock; Trinidad CA, Painted Hills; Mitchell OR