A MOMENT OF HISTORY, CAUGHT IN THE PAGES OF A BOOK 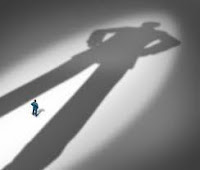 It’s not easy facing Goliath; standing as a whistleblower against corruption within Defence; the most powerful organisation in the country. From start to finish the battle my friends and I fought raged for three and a half years, with an extra year and a half delegated to the ‘mopping up’ being done in the highest levels of government.

During our battle, we had of necessity kept meticulous records, and I’d jotted down personal details that would later be woven through the pages of the book I intended to write. However, it wasn’t until after we gained an unequivocal victory that I could step back, take a long, deep breath and begin to write the story.

The writing itself was cathartic. Going over the events in minute detail helped to re-focus unbalanced emotions and re-gain a broad perspective of the whole affair; a simple, but wonderful natural healing process. Writing became the panacea for the corporate and political dysfunction which had jaded my view of our government.

I used eight months of the ‘mopping up’ time to lay out the bulk of the story, but couldn’t write the last chapter because I was living in an unfolding drama. It was a surreal feeling, writing an historical account in real time, living in the victory, but still awaiting the outcomes of high-level investigations, not knowing how the book itself would end. That’s when I decided to take a friend’s advice.

Early in my writing career, another writer told me, ‘After you write something, bury it! Put it aside for at least 12 months. Don’t think about it anymore. Don’t even look at it. Go on with something else. At the end of 12 months, pick it up and read it again. You will immediately see what a reader would see. All the mistakes, all the gaps in information and any plot holes will be glaringly obvious.”
I didn’t just bury the story for 12 months, I buried it for five years. In fact, I was happy to leave it buried and never have it see the light of day.  Now, I’m glad I buried it!

Early this year, two things happened which made me want to take a fresh look at what I’d written. First, someone asked to tell my story and telling him made me realise this was a good story and should not be buried.  Second, the issue turned up in the news again, and I suddenly knew it wasn’t quite over. Certain aspects of fact were still being overlooked by the appointed overseers; aspects they would hopefully notice and act on if they read my book.

Monica Bennett-Ryan is a Christian Author and whistle-blower. While working within one of Australia’s intelligence organisations, Monica witnessed things she shouldn’t have seen. Sworn to secrecy she and her friends could’ve been prosecuted for revealing what they knew. Nevertheless, on 16 May 2011, without a scrap of evidence to back their claims, they took what they knew to the media and watched in awe as God not only protected them from prosecution but exposed the greatest intelligence scandal in Australia’s history. It’s a remarkable story. WHAT THEY SAW takes the reader behind the scenes to travel with Monica as the story unfolds. Website www.inhisname.com.au  Facebook: https://www.facebook.com/profile.php?id=100011543743218 Twitter: https://twitter.com/HisPublishing

Email ThisBlogThis!Share to TwitterShare to FacebookShare to Pinterest
Labels: A MOMENT OF HISTORY, CAUGHT IN THE PAGES OF A BOOK, Monica Bennett-Ryan, Southern Writers Magazine's blog Suite T, WHAT THEY SAW