Book Writing in a Group or Class 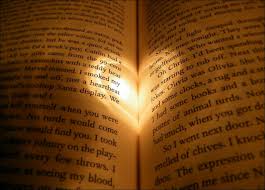 Book writing is often accomplished in a quiet, solitary environment where an author listens only to herself and her characters. However, writing scripts for TV is anything but quiet—a writers’ room is conversational and collaborative. By merging these two approaches, I set out to test whether book writing in a group could improve the quality of the work.

During the editing process for my bestselling debut Southern novel, The Wiregrass, I discovered the rules (yes, there are rules) of literary writing. Some I'd followed, albeit unintentionally, and others I hadn't. As a result, when preparing to write my second novel, Moon Water, I searched for a mentor who understood how to merge these rules with creativity.

I found such a person in a class sponsored by James River Writers, an organization in Richmond, Virginia, dedicated to helping authors. Traveling there meant a long, weekly trek through the Blue Ridge Mountains, a trip I initially looked forward to making. During the first class, the teacher, a New York Times bestselling author, made clear his role. To make us better writers, not coddle our egos and lavish us with false praise. He wasn’t kidding.

His brutal critiques of our short stories quickly earned him the nickname, The Flogger. For weeks I limped home with a bruised ego, questioning my sanity for continuing the class.  Eventually, I realized my writing had improved, by literary standards and my own. After surviving the fall class, several of us signed up for the spring one. By summer, we'd made such progress, The Flogger agreed to lead a novel writing group for four of us, a lawyer, an artist, a factualist, and me, a nurse practitioner.

We all came to the group with the same goal but different areas of expertise. The Flogger preached a Puritanistic style of writing that required us to "interview every word." The lawyer shared grammatical and technical writing skill. The artist had an eye for multi-layered creativity. The factualist kept everyone honest, and I brought the ability to create a sense of place.

For a year we wrote, edited, critiqued, laughed, cried, and prayed we'd not supply The Flogger with an absurd phrase or line he'd make fun of the whole night. Somewhere along the way, we became better writers with skills to challenge and occasionally win against The Flogger's critiques. I believe this was his intent all along. That we learn the rules, then choose to apply or not apply them with a confident author’s voice.

I don't know if Moon Water will have the same commercial success as The Wiregrass, but one thing is certain. The writing in Moon Water is better thanks to The Flogger and the gifted members of our group. 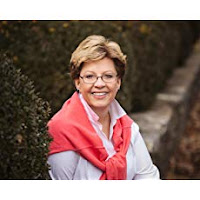 Pam Webber is author of the bestselling debut Southern novel, The Wiregrass and its standalone sequel, Moon Water (She Writes Press, 8/20/19). The award-winning university nursing educator and nurse practitioner had previously co-authored a nursing textbook and peer-reviewed research articles before she was invited to be aPanelist at Virginia Festival of the Book. Pam lives with her husband, Jeff, in the Northern Shenandoah Valley. Visit Pam at
www.pamwebber.com  www.facebook.com/authorpamwebber www.instagram.com/pbwebber1
www.twitter.com/pamwebber1 wwww.linkedin.com/in/pamwebber1
ww.pinterest.com/authorpamwebber www.goodreads.com/author/show/7729206.Pam_Webber
www.youtube.com/channel/UCoVdp4-pEhMdckNbZRhRmYg