What’s in a Chapter? 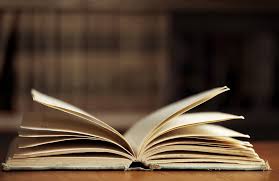 Quite a bit if done properly . . . To look at a chapter in the correct light, let’s compare it to an episode of your favorite TV series. Even though the entire season is connected to the same characters and story line, each week the episode has to hold enough content to stand on its own to a certain extent. A perfect mix of conflict, tease, and resolve in small portions—just enough to leave the viewers satisfied but already longing for next week’s episode.

A book should be approached in the same manner, viewing each chapter as an episode. A great deal of effort needs to be spent on making the beginning sentence a hook to draw the reader into this episode of the story. The middle of the chapter should hold enough meat to keep the story line strong and on track. And the last line of the chapter is the perfect place to add a little tease for what’s to come in the next episode.

Something else to consider . . . Have you ever started watching a TV series and were hooked like mad to the first few episodes, but by midseason it felt like the story line took a nosedive off an uninspiring cliff? You get bored with it so you stop watching, but your friend bravely trudges on and watches until the end of the season and shares how the last few episodes were sooo good.

Yeah, you see where this is going. Writers cannot become lax midseason in their books. Never allow lazy writing to take over a chapter and turn it into sluggish filler to make your word count. Each chapter should be approached as significant in its own right but clever enough to drive the reader to the next. Take advantage of every episode you present to your reader by sneaking in a hint and teaser for what’s to come so that they will continue on with your book and not quit midseason.
____________________________________________________ 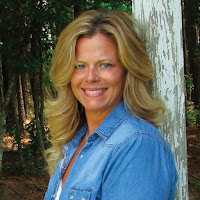 T. I. Lowe is a native of coastal South Carolina. She attended Coastal Carolina University and the University of Tennessee at Chattanooga, where she majored in psychology but excelled in creative writing. Go figure. Writing was always a dream, and she finally took a leap of faith in 2014 and independently published her first novel, Lulu’s Café, which quickly became a bestseller. Now the author of ten published novels with hundreds of thousands of copies sold, she knows she’s just getting started and has many more stories to tell. A wife and mother who’s active in her church community, she resides near Myrtle Beach, South Carolina, with her family. Social Media Links: T.I. Lowe’s website Goodreads  Twitter  Facebook  Pinterest  Instagram