Three Books for Every Library 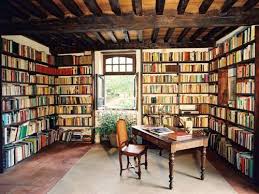 I once told a friend there were three books every Southerner should have in his library:  Gone with the Wind, I’ll Take My Stand, and the Bible. I did comment––“Not necessarily in that order.”  It’s not that all Southern prose, from Virginia to Texas, is captured by these, but they do reach into the Southern soul for a view of life––past, present and future.  That is what I want to write and read about, the South and its life; past, present and future. The South is more than worthy of study.

There hardly exist, in my opinion, a population of characters more colorful and charismatic than Southerners. But they exist when, as Dr. Clyde Wilson has stated in Defending Dixie, one understands that one of the greatest Southern writers, William Faulkner. 1 wrote about Southerners who were not simply “aristocrats” and “poor whites.” Because Faulkner knew the South and knew that they were not simply that. Most were between those groups. And they all were made of flesh with demonstrably great accomplishments as well as great sins.

The three works I mentioned above encapsulate the greatness and wonder of the American South which includes it treasures, its pride, its kindness and its flaws. The South has never been puritanical. That is, again my opinion, a Yankee trait. i.e. New England. 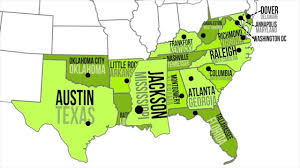 Southern stories include blemishes of its characters. I Certainly recommend Flannery O’Conner at this point. Puritanical stories are largely about a mythical “American exceptionalism.” No defects.

The South has had its greats such as George Washington, Thomas Jefferson and Robert E. Lee. It also has had its murderers, drunkards and vagabonds. Gone With the Wind demonstrates in historical novel fashion this wide variety; I’ll Take My Stand in multiple essay accounts shows the humanness, hard work and sincerity of the South.

The Bible in no uncertain terms reveals greatness and failure (Saul for example). But the ultimate revelation is that there is no chance for the puritanical polish of mankind by other men. Purity comes from the sacrifice of one man. The South did not give itself the name “The Bible Belt.” The name was given to it. I was born and raised in the South, Mississippi; schooled and married into the wonderful state of Louisiana; and have lived and probably will die in one of God’s most prized places on earth—Texas. 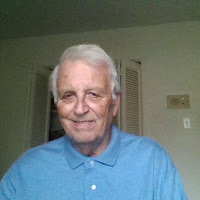 Paul Yarbrough was born and reared in Mississippi and have lived in both Louisiana and Texas. I have spent most of my business career in the oil business. I took up writing as a hobby 15 years ago and love to write about the South. I am just about finished with a fourth novel which takes place in Texas, circa 1953. I write some short stories and essays. One of my favorites is a Southern site, The Abbeville Institute. They have even posted a couple of short stories of mine as well as essays and one poem. I like to write poetry though I have only one poem posted. I mostly do it like the rest of my writing, as a hobby. I had a former friend in another Southern state, herself a fine writer, offering advice but she dropped out. So, I don’t do so much verse now.