ALL ABOUT THE JOURNALING

I hope by now as writers, everyone is journaling first thing in the morning when the mind is still in that dreamy state; and of course, right after luxurious minutes in bed after waking when the mind has had a chance to wander about things like—that cruise to Santorini you’ve been wanting to book. Yes, I’m harping about journaling again. It’s through those journals you might find some nuggets to write about later, when you suspicion the muse has failed you.

“I don’t have time to go back to bed and let my mind wander,” some of you are mumbling. “I must get up, let the dog out, feed the baby, get my spouse off to work, and ratchet open a can of feline food before filtering through last night’s kitty litter. And that cruise to Santorini, ha! Pipe dream! Never in a million years will I be riding that donkey up a rocky crag in Greece unless I reread The Sisterhood of the Traveling Pants pretending I’m Lena, the pretty one.”

Okay, no time to journal. But what about past emails? Mine through a decade of emails to see which ones you’ve kept as “unread” because you wanted to revisit them again at some point. Those emails represent a journal—snippets of bygone days.

Recently, after discovering I had over 500 emails I’d either saved as “unread” or hadn’t deleted, I went back through the emails from 2011-2012. Tornado memories. Gruesome. Detailed “letters” over the internet of harrowing days full of death and drama. And every story needs some drama to move it along, right? And every character needs to grow, through those dramatic events.

What about old Christmas cards for story ideas if you can’t find time to journal? After Mother passed, I combed through forty years of Christmas cards she’d kept from friends and family who’d written mini stories on the white space across from Merry Christmas! Some of those cards included type-written newsletters. 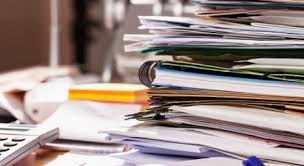 After Daddy passed on, I then had to go through all of my parents’ cancelled checks and other financial papers. It took me many agonizing months to shred everything. While I was completing this unrewarding task of culling through a “life journal,” I relived my parents’ lives. And mine. So many stories there. Then, through tears, I happened to see one voided check that caused me to burst into spasmodic laughter. The check had been written for a chinchilla order. I recalled a family episode I hadn’t thought of in years that I’d always dubbed “The Chinchilla Caper.” It was a humorous story that included lots of drama, heartache, mystery, joy, and laughter. Time to write it lest it be forgotten. But first, I had to wade through mountains of paper work that needed to be shredded. No time to journal or be creative. I’d save that check and story for later.

So try to journal if you can, but if you can’t because the kitty litter is calling or you must take a break from your writing life to help a loved one leave this world to go home, take heart: Even through the arctic nights of your gray winter days of life, you’ll many times find nuggets to write about. Don’t waste those harrowing events, nor the painful and sometimes humorous scenarios. And keep your eyes paying close attention to details.

Last tip: Make mental notes until you can jot them down in a text, an email to others or yourself so you can later copy and paste, iPhone notepad, or small notebook you carry with you at all times. Sometimes I use the video on my phone camera to record events if I don’t have a recorder with me. The bigger story can always be fleshed out later.

Email ThisBlogThis!Share to TwitterShare to FacebookShare to Pinterest
Labels: ALL ABOUT THE JOURNALING, Contributing Editor for Southern Writers Magazine, The Sisterhood of the Traveling Pants, Vicki H. Moss